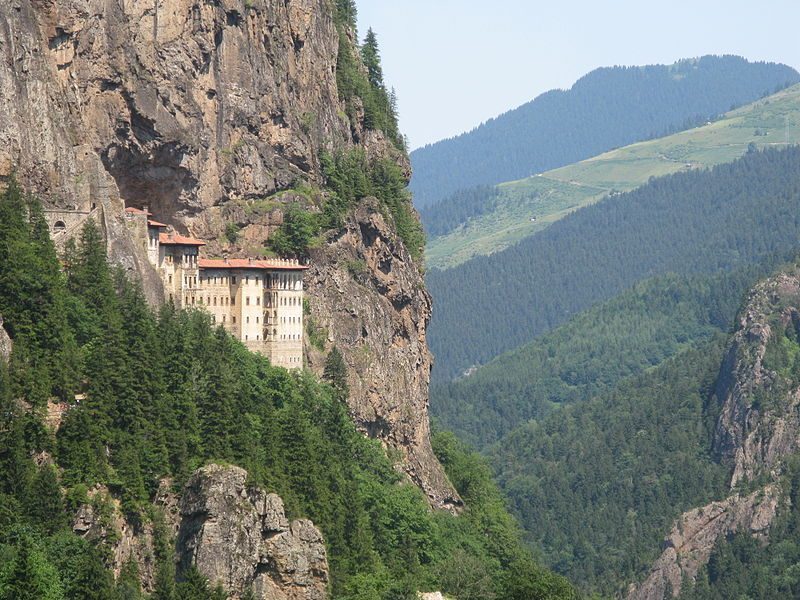 View from the road, Sumela Monastery on the Black Sea. Image: Babbsack Wikimedia CC BY 2.0
Turkey

One of the most important religious sites in Turkey, Sümela monastery is a site of historical and cultural significance. Sümela monastery was included in UNESCO’s temporary list of World Heritage sites in 2000.

“On Aug. 15, our Orthodox citizens will be able to perform the [Litany of the Blessed] Virgin Mary religious service, which was suspended during the restoration period at the Sümela Monastery,” said President Recep Tayyip Erdoğan who attended the reopening event via videolink on July 28th. Located in the Maçka district, the historic monastery partly opened to visitors in May 2019 after more than three years of restoration efforts, which began in February 2016.

The monastery is on a cliff facing the Black Sea province of Trabzon, which has drawn the attention of both locals and foreigners, hosts hundreds of thousands of sightseers every year.