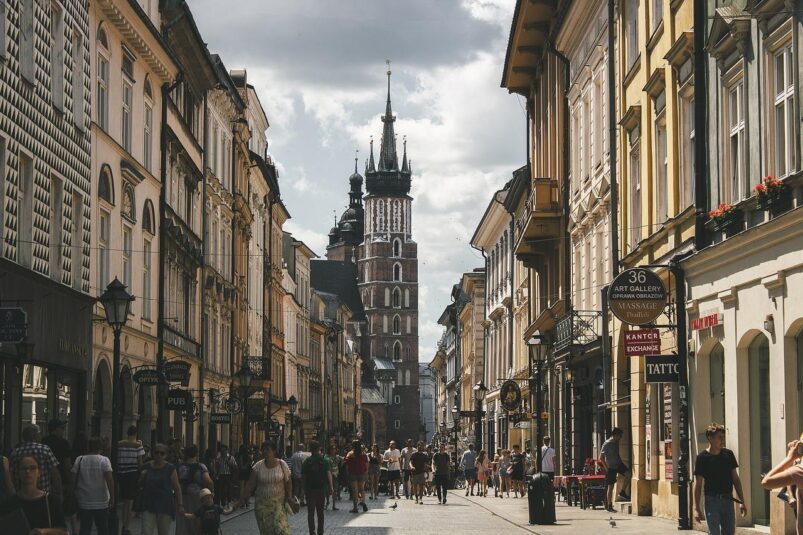 On May 9 and 10, 2022, the Europa Nostra Council held its first meeting in person since the COVID-19 pandemic began. This meeting took place in Kraków, Poland, less than 300km from the Ukrainian border. The meeting was a good opportunity to talk about different parts of Europa Nostra’s work, such as promoting European policies, saving heritage that is in danger, and the European Year of Youth. However, two important statements were made by the council: firstly, the statement condemning the deliberate destruction of cultural property of national, European and universal significance in Ukraine. Secondly, the council reacted to the proposals formulated by the Conference on the Future of Europe.

Echoing the initial statement made on the 25th of February, Europa Nostra council denounced the apparent intentional attempt by Russia to erase Ukraine’s history, intangible heritage and collective memory.

Even in early March, Europa Nostra declared that Ukraine’s heritage was the most endangered in the entirety of Europe. Now, two months on, the situation is deeply troubling. According to information released by Ukraine’s Ministry of Culture and Information Policy, 300 cultural heritage sites and objects have been damaged by attacks from the Russian army. Europa Nostra notes that the situation on the ground might be even worse given the challenges of tracking sites during wartime.

On 18 March, Europa Nostra and the Global Heritage Fund jointly launched a crowdfunding campaign to finance and support the defenders of Ukraine’s endangered heritage. Within a few weeks, €50,000 had been raised, which was matched by ALIPH (International alliance for the protection of heritage in conflict areas), bringing the total to €100,000.

During its meeting in Kraków, the Europa Nostra Council discussed the launch of the “Heritage Solidarity Fellowship for Ukraine.”, managed in partnership with the Global Heritage Fund and ALIPH. With this scheme, funds will be distributed to employees of cultural heritage sites and museums in Ukraine via small individual grants. Following the invasion, these symbolic grants are meant to make up for any loss of income caused by the war and to support their important work of protecting both tangible and intangible cultural heritage. This joint fellowship scheme will be officially launched on 18 May, the International Museum Day.

“On behalf of many heritage professionals and defenders from Ukraine, I wish to thank our colleagues and friends from all over Europe and beyond, for their impressive mobilisation in support of the endangered cultural heritage of Ukraine. We are also grateful for the crowdfunding campaign jointly run by Europa Nostra and the Global Heritage Fund and matched by ALIPH, which will lead to the launch of a vital ‘Heritage Solidarity Fellowship for Ukraine’. This wonderful initiative will provide much-needed support to heritage professionals who are currently facing hardship in Ukraine,” stated Natalia Moussienko, a member of the Europa Nostra Council who came from Kyiv for the meeting in Kraków.

The members of the Europa Nostra Council have read the Conference on the Future of Europe’s final report of 49 proposals, and they agree with them. The council generally supports the approach of benefitting European citizens who want to live in a more peaceful, sustainable, inclusive, and beautiful Europe based on shared culture and heritage. However, the council was disappointed that the important and authoritative voices of culture and cultural heritage were not directly referenced in many of the proposals.

The council strongly endorses those proposals that did mention cultural heritage, such as under the “Education, Culture, Youth and Sport” chapter:

It is hoped that there will be a greater inclusion of the values of cultural heritage in the future. Europa Nostra plans to use its resources and large network across Europe to contribute actively to this process and put culture and cultural heritage at the heart of the European project.

Update: Eyes on UNESCO after destruction of Ukrainian heritage

European Ministers of Culture approve declaration on the situation in Ukraine