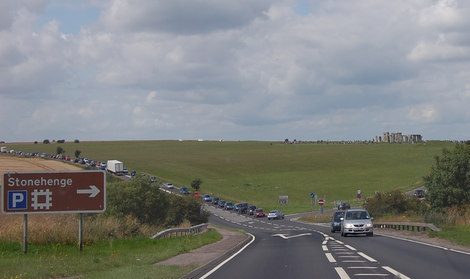 Highway junction of A303 and A344 with the World Heritage Site in the background. Image: Julian P Guffogg Wikimedia CC BY-SA 2.0
United Kingdom

The petition is against construction of a new highway tunnel near the World Heritage Site. The petition states that the government scheme would have a “catastrophic” impact on the Neolithic stone circle. It has over 50,000 signatures.

Highways England, however, maintains that the tunnel will help “restore the tranquil environment and setting of the monument”. It also aims to improve the journey time and cut congestion on the A303 route. The project costs £ 1.7 billion (€ 2.02 billion). The work is expected to begin 2021 and opened to public in 2026.