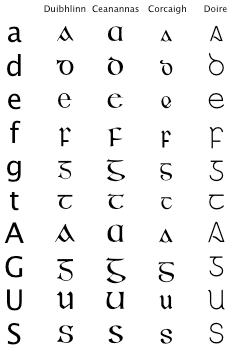 Scotland: The Gaelic language may die out within this decade

Though present everywhere: signage, official documents and billboards, the Gaelic language as a spoken language in daily life in Scotland is fast diminishing.

The measures to represent the language have been mostly superficial which is confirmed by the socio-linguist study conducted by  at the University of the Highlands and Islands (UHI) found that only 11,000 people were habitual Gaelic speakers, after a rapid decline during the 1980s when the density of native speakers fell below 80%. The number of habitual Gaelic speakers between the age of 3 and 17 declined by more than 3,000 in 20 years.

It forecasts that next year’s national census will find the proportion of people in the Western Isles who speak Gaelic has fallen to nearly 45%, a figure the experts believe puts the language on the verge of non-viability.

The Scottish government is however enthusiastic about revitalising the language through various policies and interventions.

Read more about the problems faced by vernacular networks in the UK at The Guardian.