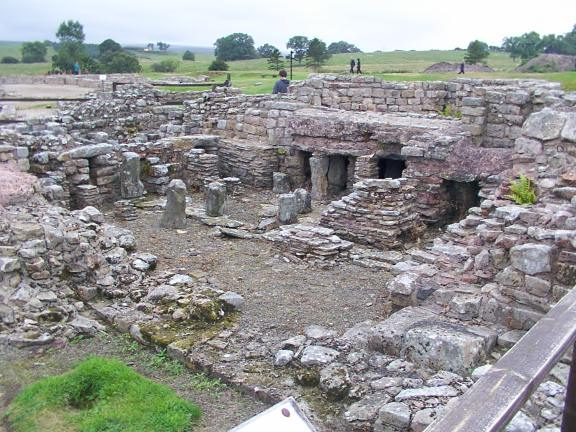 A 5th-century chalice covered in religious iconography has been discovered in Northumberland, believed to be Britain’s first known example of Christian graffiti on an object.

Its complex design of crosses and chi-rhos, angels, and a priestly figure, as well as fish, a whale, and ships makes it a one of a kind artefact in western Europe. Made of lead and now in 14 fragments, once the size of a cereal bowl, it was unearthed at the Vindolanda Roman Fort, one of Europe’s foremost archaeological sites, near Hadrian’s Wall, during an excavation that has also discovered the foundations of a significant church of the 5th or 6th century.

Dr. David Petts, a Durham University specialist in the post-Roman period and early Christianity, is now researching the chalice. He said: “It is genuinely exciting. When we think of graffiti, we tend to think it’s unauthorised vandalism. But we know from many medieval churches, that people would put marks and symbols on buildings. What is unique about this is finding them on a vessel.”

Each fragment of a chalice bears lightly etched images. If it was a ceremonial artefact and passed around the congregation, it is possible that the graffiti has symbolism that has yet to be understood. Letters in Latin, Greek, and possibly Ogam, an early medieval script, are yet to be deciphered.

Read further about Vindolanda and the excavation at The Guardian.