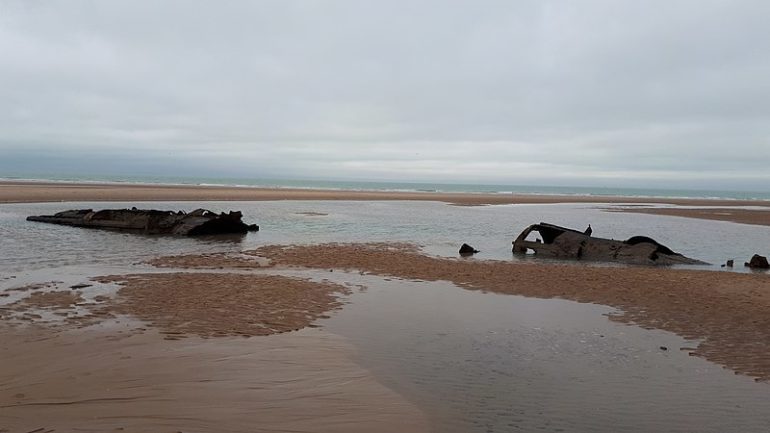 Due to shifting sand, the wreck of a World War One German submarine is gradually resurfacing on a beach in northern France after decades of being buried. The UC-61 stranded in July 1917. The crew flooded the vessel and abandoned it and by the 1930s the submarine had largely been buried.

It is now becoming a tourist attraction again, although the local mayor warns it may only be a fleeting visit.

Read the full article and view recent at the BBC.