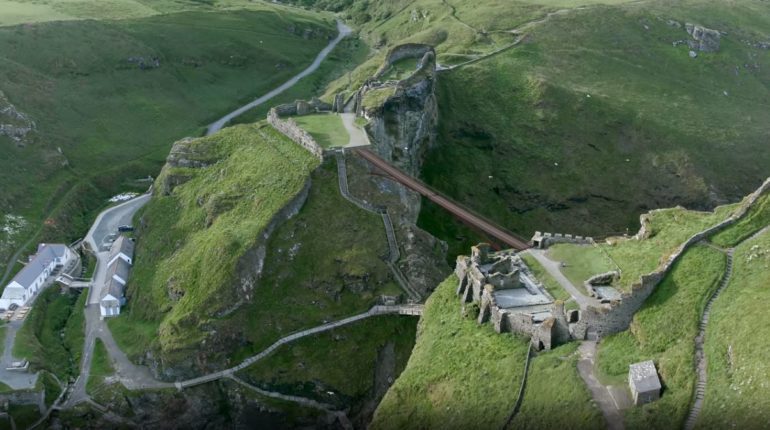 Plans to build a modern bridge at the site of Tintagel Castle, the legendary castle of King Arthur’s father, have come under fire. The bridge is meant to lie where in medieval times there was still a narrow land mass connecting a small peninsula to the mainland. On top of this land mass a small crossing supposely connected two parts of a castle. However, historians claim that the passage has actually never existed.

The operation to build a bridge at the site near the village of Tintagel was presented last year by heritage organisation English Heritage. The project is to make the site more accessible to tourists and visitors. The sollution is also to restore the historical connection between the island and mainland and increase the understanding of the site. Historically, the site looked much different from how it does now. The construction of the 30 meter long bridge is estimated to cost £2.5m.

However, after a video was released of the plans, historians have contested the idea of a land bridge, claiming the 57 meter gap has been there since prehistoric times.

Tintagel Castle is a medieval fortification located on the peninsula of Tintagel Island in the United Kingdom. The castle has a long association with legends related to King Arthur. It was supposedly the place where the famous king was conceived and where It later fell into disrepair and ruin.

Read more at the Daily Mail.