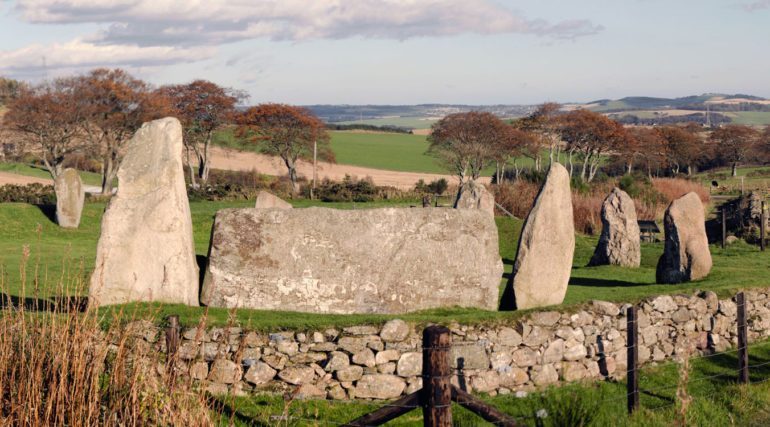 A stone circle thought to be thousands of years old has turned out to be a lot more modern after a former farm owner admitted building it in the 1990s.

The “recumbent stone circle” in the parish of Leochel-Cushnie, Aberdeenshire, was reported by the site’s current farm and was considered unusual for its small diameter and relatively small stones.

Historic Environment Scotland and Aberdeenshire council’s archaeology service celebrated it as an authentic discovery and continued their research until being contacted by the former owner who said they had built it as a replica in the mid-1990s.

Neil Ackerman, the historic environment record assistant at Aberdeenshire council, said: “It is obviously disappointing to learn of this development, but it also adds an interesting element to its story. That it so closely copies a regional monument type shows the local knowledge, appreciation and engagement with the archaeology of the region by the local community.”

Read full article at The Guardian.