Following the successful launch of a fan-led Patreon campaign in December, Time Team has now confirmed what could be the first of many digs. Series Producer and creator of Time Team, Tim Taylor: “They did it! We’re back thanks to the overwhelming support of our fans!”

Time Team was originally aired on TV from 1994 to 2014 and was presented by actor Tony Robinson. Each episode featured a team of specialists carrying out an archaeological dig over a period of three days, with Robinson explaining the process in lay terms.

With 1.5 million views a month on the Time Team Classics YouTube channel in 41 countries worldwide, the new programs will premiere on YouTube, with additional behind-the-scenes content on the members-platform Patreon. This will give viewers the chance to engage as the shows are researched and developed, see live blogs during filming, watch virtual reality landscape data at home and join in Q&As with the team. Carenza Lewis, Stewart Ainsworth, Helen Geake and geophys genius John Gater will all be returning and are excited about the new sites.

The backing of many celebrity fans

Time Team’s return has had the backing of many celebrity fans, from Sir Michael Morpurgo and Bernard Cornwell to Philippa Gregory, Kate Mosse and Ken Follett. Working with the Fiennes family brought home the connection with Sutton Hoo and Ralph Fiennes’ character, Basil Brown in the recent Netflix film, The Dig. Taylor says, “It would have been great to show Basil Brown the new technology, which enables us to see 3D images of the archaeology underground, allowing us to precisely target our excavation.”

The first dig will be at a huge Oxfordshire Roman villa that may be ‘almost the size of Buckingham Palace’. It is located on the Broughton Estate in Oxfordshire, belonging to the Fiennes family.

The site, discovered by historian and metal detectorist Keith Westcott after years of research, could be one of the biggest villas uncovered in recent times. “As our first dig back, we were keen on a site that would produce amazing evidence, showcase the very best that Time Team can offer, and allows us to demonstrate to the full the latest technology like LiDAR and GPR,” says Taylor.

“With a fantastic team backed by Keith Westcott and Martin Fiennes, local community support, the possibility of an ongoing legacy, and the guarantee of great archaeology, Broughton Castle ticks all the boxes!”

“Our goal is to create a legacy for these sites,” says Taylor, “building ongoing relationships with local communities and archaeologists that continue to yield fresh insights. Through understanding and helping to preserve the past, and sharing it with a worldwide audience, we hope to re-engage with the enthusiasm that so many of our fans have shown over the years.”

Read more at timeteamdigital.com or become a Time Team member.

For more news on archaeology, click here. Or check out one of the tags below. 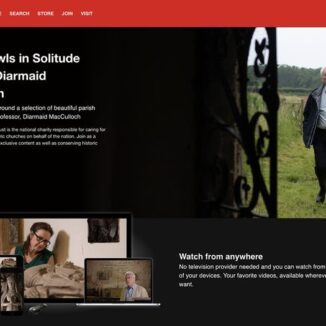