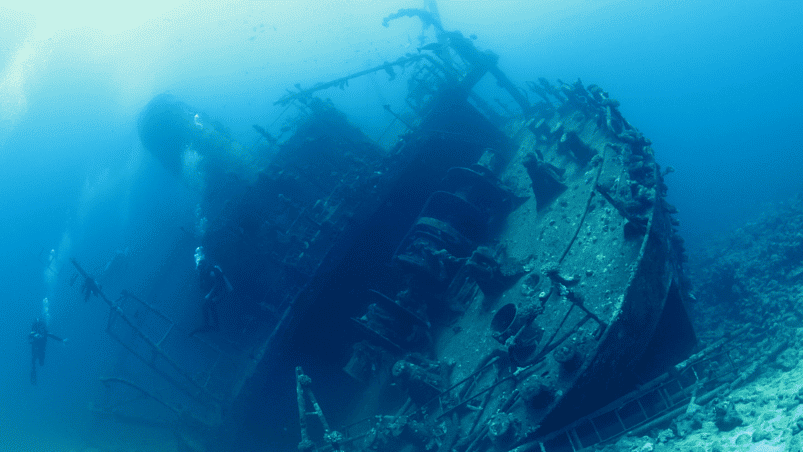 The British government has added two 19th-century shipwrecks to the national heritage list for England. However, the now legally protected sunken vessels are yet to be identified, which makes the addition remarkable.

The Guardian reported that both wooden ships were sail-powered cargo vessels, probably used for day-to-day transport of goods. They carried coal and slate on their final journeys. Their new legal status means the ships and their contents may not be removed or salvaged.

Part of the UK’s Industrial History

According to Ken Hamilton, national listing advisor for Historic England, the ships were often used in the 19th-century. “They’re both part of one of the largest industries in the UK – maritime transportation – and there’s really not very much surviving of that fleet. So these are rare examples of what was once a very common sight.”

The Isle of Thanet News reported that the new legal protections pleased Heritage Minister Nigel Huddleston: “These shipwrecks serve to teach us about the legacy of Britain’s industrial past. We continue to learn more about the role they have played in our nation’s history.”

Apart from losing their masts, both shipwrecks appear to be in excellent condition, for a sunken vessel that is. One ship, known as GAD23, lies off the coast of Sandwich in South-England. Only 26 wrecks have been identified as sail-powered colliers, making GAD23 an exceptional find. The other vessel, WA08, was found in the river Thames.

The ship carried a large freight of Cornish slate, an odd cargo for the time. Hamilton noted the 19th-century slate industry was dominated by North-Wales: “Had somebody specified Cornish slate? I don’t know. But that would be one of the reasons we would like to identify this wreck.”

Source: The Guardian and The Isle of Thanet News

Read more about naval archaeology or chech out one of the tags below: