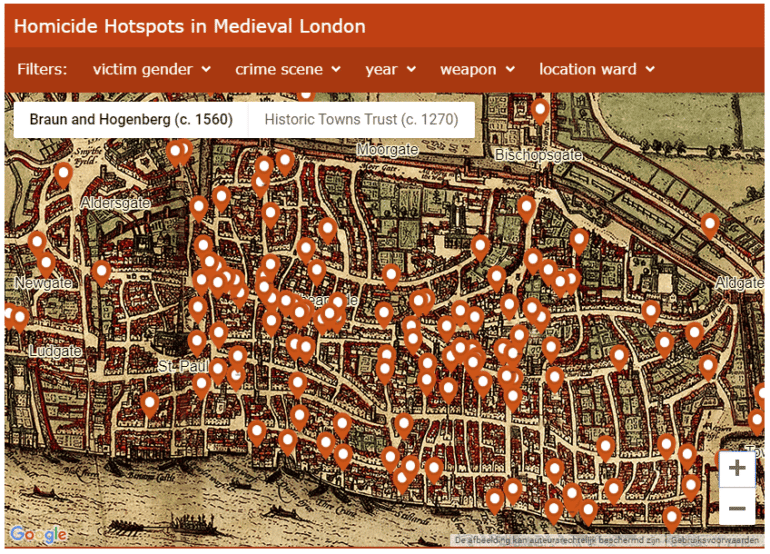 Professor Manuel Eisner, criminologist at the University of Cambridge, has plotted all cases of murder as catalogued in the 14th century ‘Coroners’ Rolls’ onto a digital map of the old city to show for the first time the ‘hot spots’ of lethal violence in medieval London.

The rolls were the records of the medieval official tasked with documenting sudden and unnatural death – whether accident, suicide or homicide covering the years 1300 to 1340. The first digital map of the murders recorded by the city’s Coroner in early 1300s shows Cheapside and Cornhill were homicide ‘hot spots’, and Sundays held the highest risk of violent death for medieval Londoners.

You can view the map here.

Read the full article at the University of Cambridge.