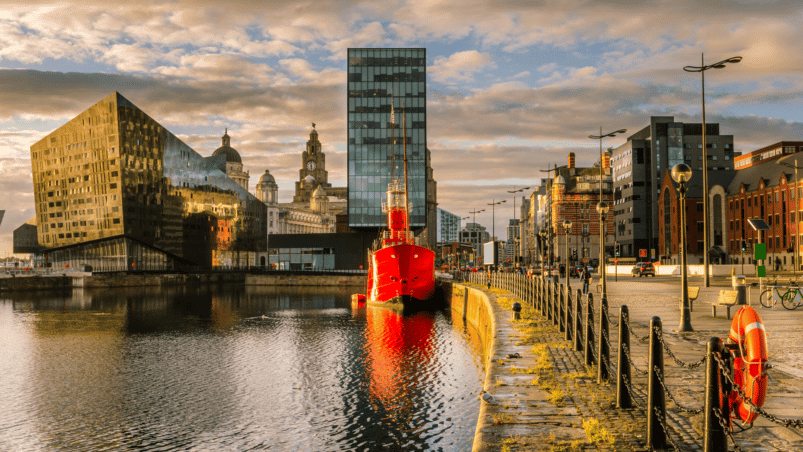 Due to redevelopment projects and a "serious detoriation" of heritage, Liverpool could be deleted from the List of World Heritage. Image: AlbertPego/Canva
United Kingdom

Troubling news for Liverpool, England, as the port is on the brink of losing its World Heritage status. The World Heritage site includes the city’s waterfront, historic commercial districts and St George’s Hall. However, the area was already placed on the List of World Heritage in Danger because of modern building developments.

UNESCO will take the final decision during a convention, starting on 16 July. During the meeting, the international body will discuss which heritage spots will keep their world heritage status, which sites will be marked as endangered, and which ones lose it. For Liverpool, acknowledge as a World Heritage site in 2004, the future looks bleak. The recent developments in the city resulted in “serious deterioration and irreversible loss of attributes”, the World Heritage Committee wrote in their report.

The Committee is critical about the so-called ‘Liverpool Waters’ project, a €6,4B redevelopment project of the city’s docklands. The construction of a new football stadium at Bramley Moore Dock is also a serious threat to the local and international heritage present. The new arena seems to be the final straw, said local heritage campaigner Wayne Colquhoun. City officials would have ignored repeated warnings about the construction plans; he told BBC. “They’ve pushed the boundaries – and pushed it and pushed it”, Colquhoun refers to the site’s appearance on the List of World Heritage in Danger in 2012.

Joanne Anderson, the mayor of Liverpool, said deleting Liverpool from the List of World of Heritage would be “hugely unfair” and a “missed opportunity in demonstrating to the world that heritage and regeneration are not mutually exclusive.” She reckoned that the committee members should delay their decision to witness the redeveloped area from themselves when it is finished. The City Council mentioned that about €1.75B had been invested to upgrade 157 heritage assets in the area, the Liverpool Express wrote.

We hope they (the World Heritage Committee members) see, like us, that Liverpool’s World Heritage Site should be shown up as an exemplar of best practice in heritage-led regeneration

Whether Liverpool will be deleted from the List of World Heritage remains to be seen. Nearly thirty prominent figures from politics, sports and academia signed a letter not to strip the port of its protected status, the BBC reported on 19 June. They hope the Committee sees “that Liverpool’s World Heritage Site should be shown up as an exemplar of best practice in heritage-led regeneration.”