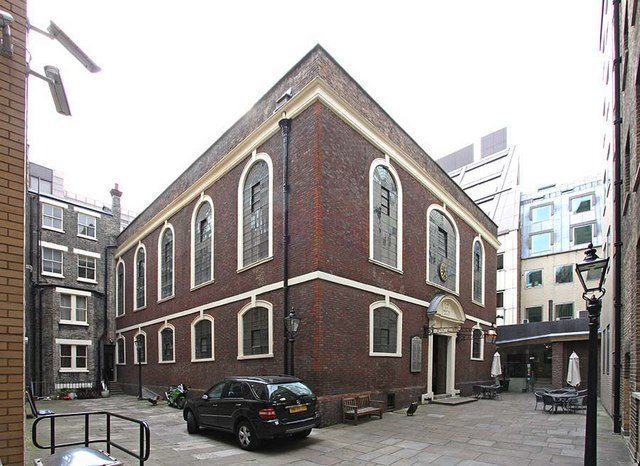 The Foundation for Jewish Heritage is delighted that the City of London Corporation Planning Committee has today firmly rejected the planning application for a 48 storey building in Bury Street next to Bevis Marks synagogue.

This development would have seriously threatened the very future of the beautiful grade I listed Spanish & Portuguese synagogue which has a very special status within the Jewish community being the oldest in continuous use since 1701 – in the UK and it is believed in Europe. It is also the only non-Christian place of worship in the City of London, and it has been the scene of a number of historic occasions over the years.

However, there remains another major planning application for nearby Creechurch Lane which is also due to be considered by the Planning Committee and it is hoped that this will be similarly dismissed.

The Foundation has been closely involved in the campaign to defeat these two applications, working in consultation with the synagogue leadership, and this has included strong interventions from Trustees Sir Simon Schama and Simon Sebag Montefiore, as well as Esther Robinson Wild who made a detailed five page submission of objections on behalf of the Foundation to the Planning Committee.

Chair Dame Helen Hyde commented, “this is wonderful news. The special status of Bevis Marks has been recognised by the Planning Committee and common sense has prevailed. We hope the Committee will make the same decision with the second application which is equally unacceptable.”

Chief Executive Michael Mail commented, “Bevis Marks is an iconic building and a London and UK landmark. The fact that it could come under threat in this way is astonishing and disturbing. Minority heritage must not be treated as marginal heritage.”