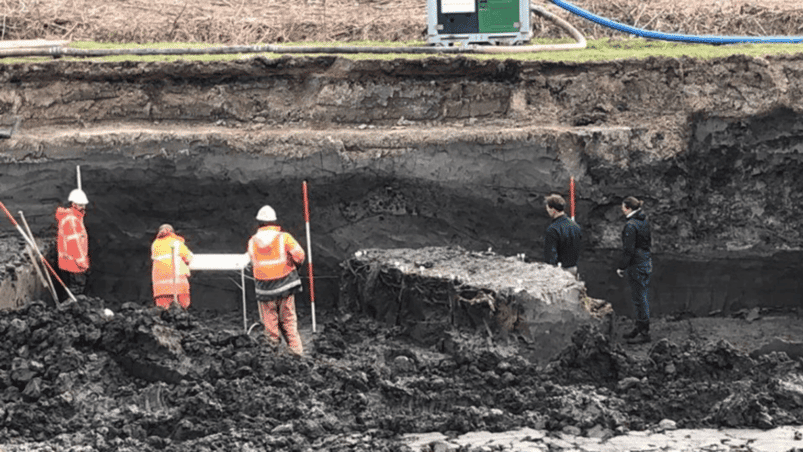 The excavation of the embankment. Image: Vestigia archaeology
The Netherlands

Archaeologists have found an embankment from the second century B.C. in the Dutch city of Vlaardingen. Its function is still unknown, but if it was used to keep out water it could possibly be the oldest Dutch dike.

The embankment was found at a construction site. It consists of two parallel rows of wooden poles, both rows connected by braiding. The whole thing is filled with clay and covered with soil and was about 1,5 – 2 m broad and 0,5 – 1 m high. The part that can be found on the construction site is about 20 meters long.

A structure like this one hasn’t been found before in the Netherlands. This makes it difficult to say what its function was. However, another dike and a dam from about the same period have already been found, so it would fit in with the state of Dutch water management at the time. Another discovery on the site, are the remains of a farm, also from the second century B.C. The dike could have been used to keep the farm dry.