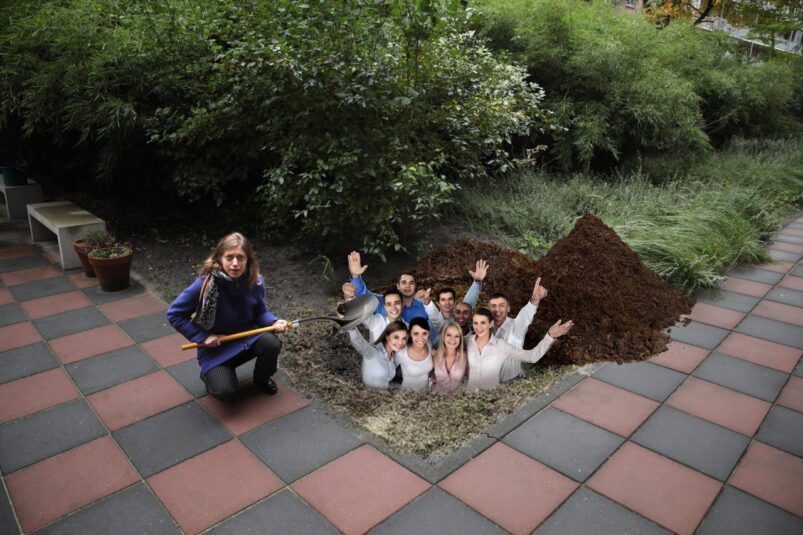 Lately, I’ve been digging around in the world of archaeology. That’s still pretty much uncharted territory for me. Like many kids, I dreamed of becoming an archaeologist when I was younger. For a while anyway. I pictured myself, bronzed by the sun, spade in hand, unearthing one magnificent Roman city after another. But then came our school trip to Museum Het Valkhof in Nijmegen. I must have been thirteen at the time. A real archaeologist showed us around and explained her job. Let’s just say it wasn’t quite what I’d been expecting. Basically, she spent her days in a laboratory stroking, sniffing and licking pottery shards to work out how old they were. When a shard one of my classmates licked turned out to be from an ancient toilet bowl, my archaeological fantasies were well and truly over.

Now, through my work for Erfgoedstem (Heritage Voice), I am rediscovering archaeology through journalism and I’ve noticed that my heart beats a little faster whenever an exciting new discovery is made. Perhaps that’s the power of archaeology: the thrill, the mystery, the romance… My boss Herbert-Jan sees it in terms of skeletons, secret passages and hidden treasure.

Community archaeology
But on my personal quest for the land of Faro, after raiding tombs and battling mummies, I stumbled upon an even more thrilling form of archaeology: community archaeology. Originally from the UK, it has blown across the North Sea and taken root on Dutch soil. The idea is that archaeologists carry out research in cooperation with local residents, strengthening the fabric of the local community in the process. Some even claim that community archaeology can
be a key to solving social problems… Really?

Time to find out more. In Dutch daily NRC, I read an article by Theo Toebosch from 2015. He described a project in which traumatized war veterans helped excavate an archaeological site near Waterloo. The man behind the dig had two goals in mind: ‘To increase our understanding of the Battle of Waterloo through archaeology and to help British war veterans with disabilities or post-traumatic stress disorder regain confidence in themselves by taking part.’ The article makes it clear that the veterans’ knowledge has paved the way for new discoveries. What the veterans themselves get out of this ‘therapeutic dig’ remains a little vague. If nothing else it gets them out of the house I also made a few inquiries with archaeologist Evert van Ginkel. ‘Community archaeology is a sympathetic idea. Given that archaeological research is publicly funded, archaeologists have a duty to society: they should be accountable for the work they do. Expand that idea and you could argue that they should focus on areas society wants to know about, and that they should do so by working with society.’ But real life is a little more complicated, Evert reveals. ‘As a member of the public, you can’t just turn up and start digging. There’s a lot you need to learn first. There’s a good reason why people spend years studying archaeology. Lots of people enjoy excavation, but few turn it into a serious hobby. So you’re talking about a small target group.’ Reservations aside, Evert does see added value in community archaeology, not least because the non-expert looks at archaeology in a completely different way. ‘The non-expert is fascinated by things that often seem completely unimportant to us archaeologists. And I believe that offers opportunities for community archaeology. In addition to scientific research, it encourages archaeologists to consider the emotional impact their work can have.’

More than pots and pans
Emotion… so we’re back to the thrill of hidden treasure and skeletons. Or the brand-new remake of Hollywood blockbuster Cleopatra. Let’s leave it up to the archaeologists to decide just how Western or North African Cleopatra was. So we can lay this age-old debate to rest once and for all.

What I’ve discovered by delving into the world of archaeology is that it’s much more about people than I always thought. Archaeology is so much more than pots and pans in glass showcases. It’s about the feelings that one shard, that stray cannonball, that piece of flint can arouse in people. This really came to life for me in my third interview, when I spoke to the people involved in a community archaeology project in the region of Midden-Brabant. Read the interview here. 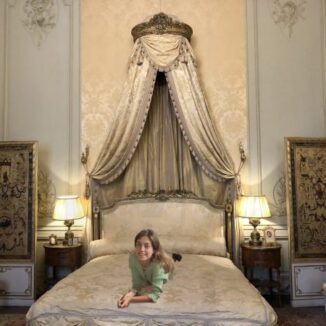