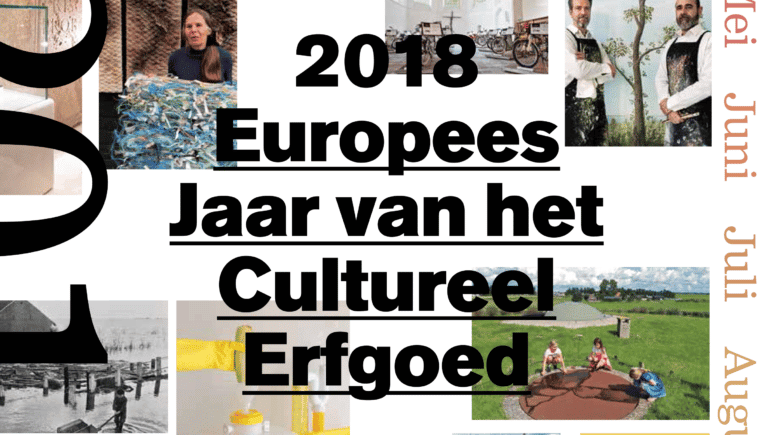 A publication containing the Dutch Future Agenda for European Heritage was presented at the festive closing of the European Year of Cultural Heritage 2018 in Museum Boijmans van Beuningen in Rotterdam. The publication contains recommendations and initiatives through which the impetus that this theme year gave to more European cooperation and coordination within the heritage field from the Netherlands can be sustained in the coming years. The publication also highlights the monthly themes of the past year, with articles, activities and ‘spotlight projects’ per theme.

The publication can be found and downloaded in its entirety here (pdf). 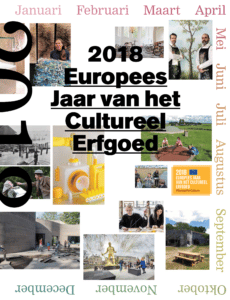 The themed year also touched on the challenges that heritage faces now and in the future. For example, how to deal with ‘disputed’ or ‘fraught’ heritage? Or, when the pressure of mass tourism on heritage sites becomes too great? With vacant heritage that requires maintenance through new use? With climate change and the pressure on our infrastructure, which requires interventions with an eye for our cultural landscape and heritage? And how do we really make heritage inclusive? The are issues that play all across Europe and for which it is important to share international knowledge and experience.

Closing event
The publication was presented to Barbera Wolfensberger, Director General for Culture and Media at the Ministry of Education, Culture and Science, on behalf of the Heritage Platform of Kunsten ’92. Alderman Said Kasmi of Rotterdam opened a varied program with keynotes by writer Abdelkader Benali and art historian Wim Pijbes, panel discussions on various European themes led by Prof. Dr. Hester Dibbits and Dr Marinke Steenhuis, and stories from young heritage professionals who participated at the European Youth Summit in Berlin last June. A number of interesting European cooperation projects were also shared at the intersection of heritage and art, which will continue after 2018, such as ‘Heritage Contact Zone’ by Castrum Peregrini, ‘Craft Your Future’ by the Friesland College and the European Heritage Tribune by IVEM.