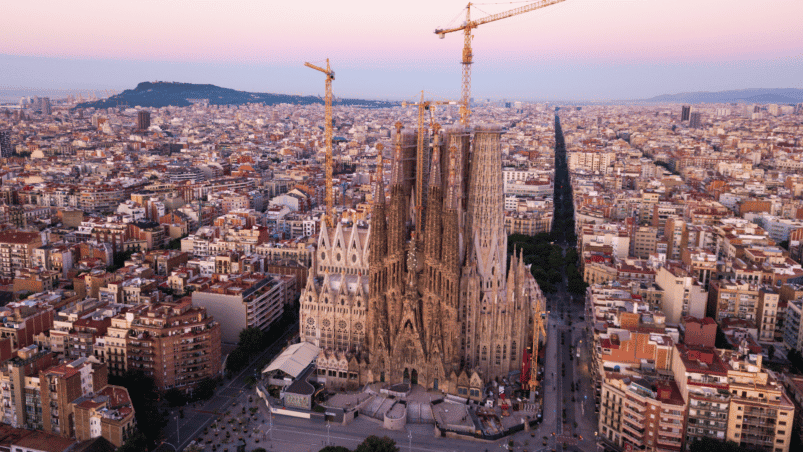 The Sagrada Familia in Barcelona, Spain has been under construction since 1883. Image: JackF/Canva (CC0)

The construction of the world-famous Sagrada Familia church in Barcelona, Spain, will be delayed beyond 2026. Due to the coronacrisis, revenues have fallen – the main source of financing for the building’s completion – halting construction work for nine months. The Unesco World Heritage Site opened its doors again on 29 May, after closing in October 2020 due to the pandemic.

The Sagrada Familia’s director-general Xavier Martinez said that the lack of funds had delayed the construction of the enormous church again, according to Reuters. “We had forecast to finish the work in 2026. Regretfully, this will not be possible.” A new completion date has not yet been decided: “It could be in 2030, 2035, 2040. I would be lying if I were to say a precise date”, Martinez explained.

Since the construction speed is determined by how much tourist revenue is earned, the re-opening of its door means that the Sagrada Familia. However, it could take some time for revenues to recover to pre-pandemic levels Martinez mentioned. Nonetheless, he appeared to be optimistic that the building would be completed during his generation and the return of tourists.

Our goal is to make Gaudi’s beautiful project a reality

During its long history, the Sagrada Familia encountered several construction stops and delays. Chief architect Jordí Faulí is responsible for finishing the project started by Antoni Gaudi and is motivated to do so. “The Sagrada Familia has faced other moments of difficulty”, he said, referring to construction almost being cancelled in 1910 and stopping during the Spanish Civil War in the 1930s.

“The construction board and people have always had the will to move forward and overcome. Our goal is to make Gaudi’s beautiful project a reality”, Faulí added. Once the Sagrada Familia is completed, the building will have three facades. A 172.5-metre tower will top the enormous church, making it Barcelona’s tallest building. In summer 2019, Time Magazin made a video report on the construction process of the building, you can check it out below.

Read more about heritage and the coronacrisis or check out one of the tags below: