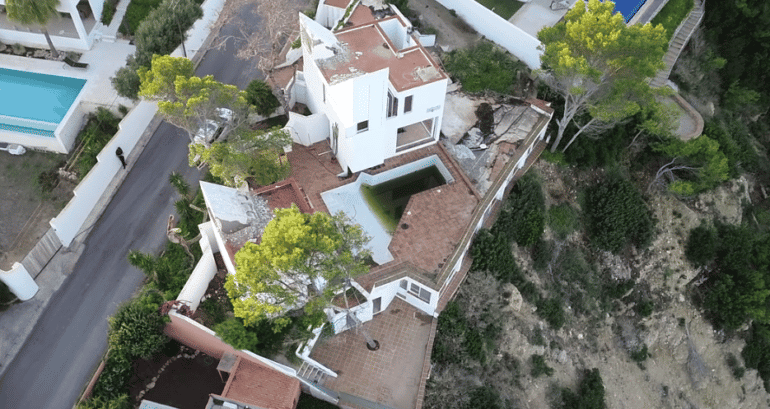 The City Council of Santa Eulària has stopped the work being carried out on the Gili house, one of the most emblematic buildings of José Antonio Martínez Lapeña and Elías Torres in Ibiza. The renovation of the house disregards the municipal permit.

The Gili House is named after the family of publishers who were the first owners. It was completed in 1987 and is one of the most significant works in the development of architects Martínez Lapeña and Torres in the 1980s. It is not part of the heritage catalogue of the town because it dates from after 1956, but it is included among the works that the Insular Commission for Land Planning, Urban Planning and Historic-Artistic Heritage (CIOTUPHA) recommended protecting as a result of the approval of the subsidiary regulations of the town.

The executed works is much superior to what could be allowed under the terms of the minor work license that was requested. It is expected that the owners will be sanctioned

See a video of the damaged house below.

View more images of the house.