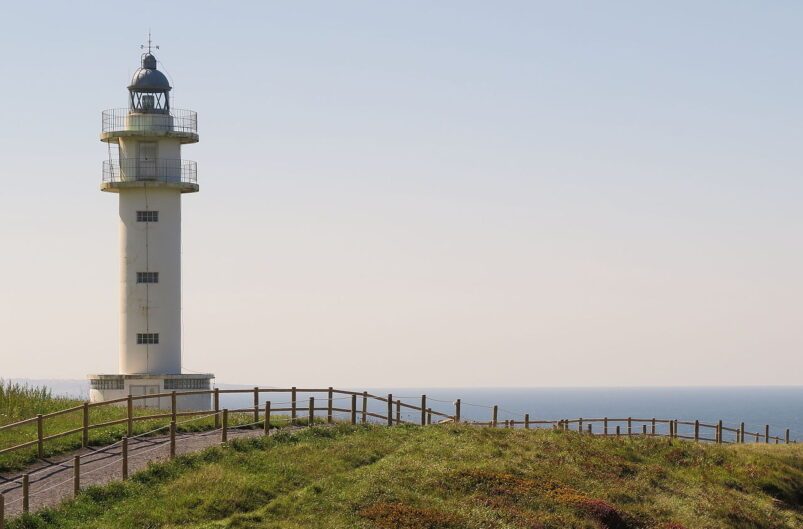 This was the scenery of the Faro de Ajo lighthouse before the art project. Malopez 21 Wikimedia CC BY SA 4.0
Spain

The dazzling paint job by a local artist left the lighthouse outshining its lamp and divided public opinion. The artwork on the lighthouse was revealed on the 28th of August.

The artwork is called Infinite Cantabria. It is the work of the artist Okuda San Miguel, who was born in the region’s capital, Santander, and who often draws on his roots for inspiration. “The colours and geometry represent indigenous culture and multiculturalism and freedom. I also really wanted to show the wonderful importance of nature in a place like Cantabria, where there are still wild beaches and where you have greenery that stretches almost all the way to the sea.”

But the art project has been met with criticism. Earlier this year, almost 4,000 people signed a petition calling for the building to remain white and arguing the makeover “completely changes the styling of the Cape Ajo lighthouse and does not respect Cantabria’s architectural heritage”. Five cultural groups also wrote to the local mayor, asking him to reflect on whether the project was “appropriate” and whether the lighthouse was the best candidate for such treatment.

“At least it hasn’t left anyone feeling indifferent”, remarks Okuda.