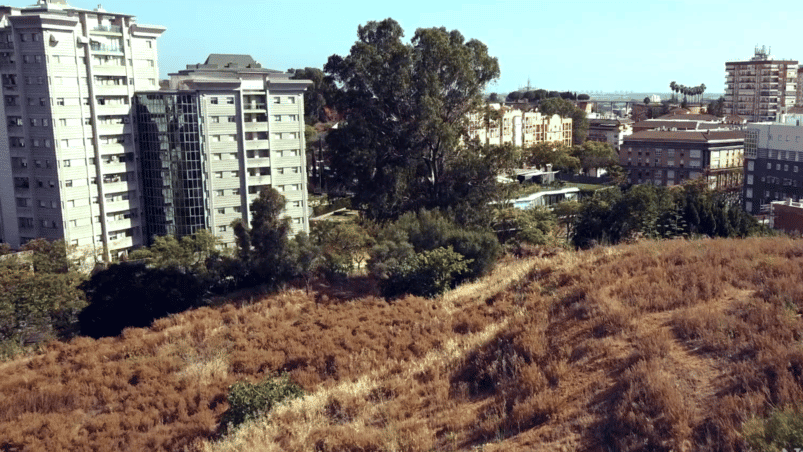 The Cabezo de la Joya hill in Huelva, where four tall buildings are planned at the base of the hill. Image: Entrevistas con Nico/Youtube
Spain

Outrage and protests in the Spanish city of Huelva as the municipality plans to build four huge buildings on the Cabezo de La Joya hill base. The area is a valuable site for archaeologists to conduct excavations. The hill is a former Tartessos necropolis, one of the city’s oldest heritage sites.

The Tartessos were an ancient civilization in Southern Spain during the 8th and 6th century BCE and traded with other people as far as the Middle East. Previous excavations of the hill uncovered dozens of tombs filled with gold, silver, jewels, an ancient hearse, ceramics and even an Egyptian ivory chest. Scientific, academic and local communities aim to stop the already-approved project, Spanish newspaper El País reported.

One of the main reasons the municipality wants to build on the ancient heritage site is a lack of maintenance by the owners and corresponding administrations, local newspaper Diariode Huelva wrote. It lowers the lands’ value. On top of that, the site has been a victim of looters. After excavations in 1999, uncovering more tombs and treasures, the site has become more accessible.

According to the municipality, the best solution would be to transform the area into Execution Unit No. 1, apart from the hilltop. The project consists of about 26,000 square meters, where four massive towers will rise above the hill.

The city council approved the urban plan last November, despite the site’s addition to the Huelva Archaeological Zone Declaration and the protected General Catalog of Historical Heritage. As the project only includes the lower areas of the ancient hill, city officials claim no archaeological remains in the lower part of the hill.

The municipality’s arguments do not impress the protesting communities. “It is inadmissible”, declared Jorge Cotallo, president of ArqueoHuelva, a cultural association that does educational work on heritage issues. “The necropolis of La Joya is possibly the most important one in the Orientalizing Tartessian world and, far from protecting and disseminating it, our authorities want to build on top of it!” he said to El País.

In September 2021, Andalusian Ombudsman Jesús Maeztu Gregorio de Tejada called for the preservation called for protecting the whole area, “which is of international scientific value.” He pointed out in a report that the development plans are in breach of Andalusia’s Law of Historical Heritage.

The scientific and local communities are ready to protect the ancient heritage site. On 18 June, ArqueoHuelva and Huelva Secret organise a peaceful protest near the Cabezo de la Joya. “In this way, we want to return to the place in its magical and ancestral sense, without stopping to express the total disagreement of citizens in the systematic destruction of heritage”, the organisers mentioned to Diariode Huelva.