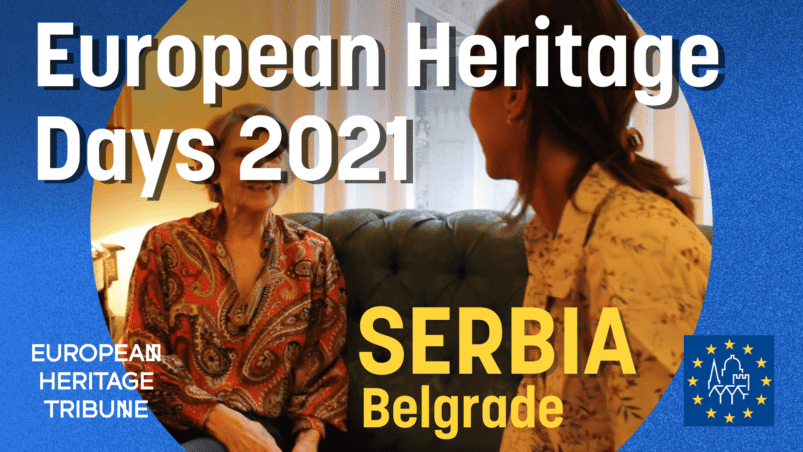 Take a look at one of the short video impressions of those events: a visit to the House of Veljkovic. From mid-August to early November, thousands of “Open Heritage” events took place across Europe during the European Heritage Days 2021.

Jelena Krivokapic visited the House of Veljkovic in Belgrade, Serbia, during the European Heritage Days. She interviewed Katarina Veljkovic, the owner of the house. The house was built in 1883 and was declared a cultural monument in 1967.

Asked what motivates her to organize a European Heritage Day event, Katarina Veljkovic answered: “I started renovating the house and I was lucky that the city helped me to restore the façade. It gave me necessary funds, so my way of saying thank you to the city and its citizens was to open my house to the public.”

Interested in the history of the house? Check Wikipedia.

You would be surprised how much young generations are interested in the story of the house.

See the other video’s

The European Heritage Days are happening every year from mid-August to early November in the 50 countries party to European Cultural Convention.

Every year millions of people attend the European Heritage Days.