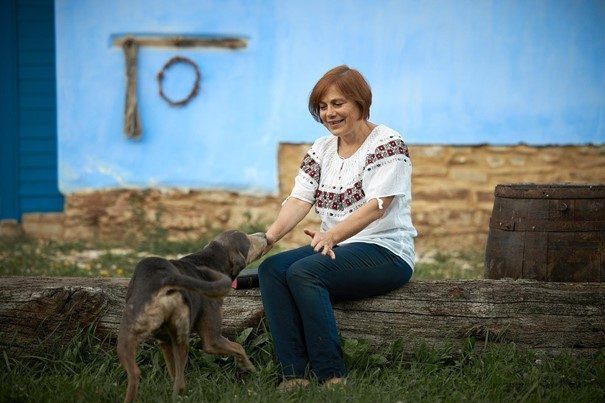 Mihai Eminescu Trust (MET) Romania was founded in 2000 on the premises of the older MET London, which had the goal to help Romanian intellectuals connect with the Western world during the final years of the communist regime. With the help of the founder, Jessica Douglas-Home, and His Royal Highness Prince Charles of Wales, Caroline Fernolend managed to establish a local branch of the foundation and ever since she’s been fighting to safeguard the Saxon villages in Transylvania and their unique cultural landscapes. In this interview I talked with her about people empowerment and reaching sustainable development through the conservation and valorization of heritage.

Your activity is based on the “whole village” concept. What does it mean?

We started with the idea that if we train local people to become craftsmen, if the community could benefit from cultural heritage and they realize its value, in five years a village can become self-sufficient, which means sustainable: to use its local resources for a better way of living. Despite that, the MET team realized that it takes much more time. But in our whole activity, we managed somehow step by step to reach the functioning of this concept. But then there are various issues arising, like over-tourism. For example, five-six years ago, Viscri was perfect to me…

People started to realize the benefits of conserving heritage, they had a sufficient income from agriculture, crafts, tourism, to lead a decent life and there was from my point of view a right amount of tourists. But because during the last years more and more visitors were coming to Viscri, the harmony was somehow ruined, not just regarding our daily lives, but also regarding the balance between the offered services and their prices. And that’s why now we at MET do trainings with different stakeholders, to make them realize the actual value of the services they offer in order to avoid over-pricing. This is the danger when everything works a bit too well… Viscri is in this situation, Mălâncrav as well.

Are there other challenges apart from over-tourism?

Of course. In Viscri we created a so-called Social contract agreement (because from 2014 Viscri is accepted as an example of good-practice regarding the application of the Faro Convention principles), to avoid the damage of over-tourism. For example, the cows, the buffalos, the goats and horses cannot easily find their way to their homes because of the parked cars in front of the houses or people cannot enter with the hay into their courtyard. This was the reason that we have founded a so-called Informal Parliament, where each group of interest is represented: women association, agricultural association, tourism service providers, firefighters, craftspeople. In this way, for example, we managed to create a parking-spot outside the village.

And that’s how these villages were founded and conserved. Because people worked together.

After all, this is also a democritization process…

It is. And that’s how these villages were founded and conserved. Because people worked together, the community was organized in these kinds of associations and when you needed help people would intervene. With the traditional community disappearing, I was afraid that the built heritage would also disappear.  The houses from which the Saxons left in the 70’s-80’s were already in a degrading state. They were not maintained by the people who filled the demographic gap because they didn’t feel like it was their home. Another cause of neglecting was the fact that we didn’t know anymore how to restore these buildings. We didn’t know anymore how to work without using cement in the plaster. Plus the systematization initiatives of communist regime or the fact that many Saxons were waiting for their departure and therefore they weren’t doing any maintenance works anymore. But then the question that arises is if the Saxons wouldn’t have left, could Viscri have been kept in such an authentic state? Maybe these villages would have been modernized. After all, maybe their departure was a benefit for the people living here today.

How do you see the relationship between modernizing and keeping the authenticity of heritage?

Through MET revitalization projects, we have showed that you can combine modernization works with conserving heritage. For example, in old houses there was no bathroom, but we always managed to find a suitable space for them, without ruining the building’s structure. Or another example, in Viscri MET managed to build this ecological wastewater plant and a sewage system and that gave us great comfort. Therefore we managed to ensure basic contemporary needs for the community members.

For example, there was this Roma lady 10 years ago who said in one of our meetings: “We need to do something about these cars parked outside because tourists can’t take photos of our beautiful houses!”

How do you motivate people to conserve their heritage and understand that they can reach development through it?

Through many meetings and discussions. This is my main activity at MET: to make people realize that they might be having something more special than their neighbor villages. And this creates local pride, which is a big factor in the process of convincing them. And then you just talk to them about how we can conserve heritage and valorize it, in order for them to live a better live. But you need a lot of discussions. You need to motivate them to find the common goal. For example, there was this Roma lady 10 years ago who said in one of our meeting: “We need to do something about these cars parked outside because tourists can’t take photos of our beautiful houses!” So the houses were now theirs. This was a breakthrough for me, when I realized that we’ve managed to make them feel responsible. Then, there’s also the economic benefits aspect and it’s normal. We presented to them the opportunity to live a better life using the houses, the animals, the gardens and offering tourists something truly authentic. Also, it was important for us to train local people to become craftsmen in each village and motivate them to take care of local heritage, in order to help them better identify with it. These are the steps for creating accountability and empowerment. But this process takes time.

I know that you have an interesting project in Alma Vii. What is it about?

In Alma Vii MET started working in 2008, restoring the village bridges at the request of the locals and together with them. For me, Alma Vii is the most beautiful village. It has a special harmony between the built heritage and the natural landscape. And the natural landscape matters because it’s part of the cultural landscape. It matters even more in Alma Vii because it’s difficult to build a community there because the majority of the people don’t have their roots there. That’s why in the past 12 years we concentrated our efforts there along with a specialist in community development we brought from Paris. In the end we managed to put together two projects, with the focus on the revitalization of the fortified church, at the request of the locals. […] We managed to attract many young people from Bucharest or even Bruxelles and now we have a family there who gets really involved in the project. We think that young people will be the drive to ensure the sustainability of the implemented projects by MET. From what I see, in Alma the community recreates itself.

How do you see the “nature – people – culture” approach promoted by the European Cultural Heritage Green Paper and the New European Bauhaus working in these villages?

It seems to me that the approach promoted by the New European Bauhaus is very relevant. Its implementing might be a little trickier, because in practice you have to make some compromises in order to achieve the aimed result. Of course, heritage houses are not compatible with the whole energy efficiency discourse. At the same time though, the material from which they’re built, which are also local, are part of nature. And that’s very important, because when a building like this comes to its final days, it can be integrated into nature again. This happens in the countryside and I tried to explain this to the locals also, that it’s important that we use tiles and bricks, stone, clay, sand and limestone plaster, because they are integrated into nature. And then there’s also the lifestyle. That’s why I also say that we can’t put tourism first, because if the activity it’s not based on agriculture, culture, crafts, it doesn’t have a solid base. Green tourism, that’s how I see the opposite, or responsible tourism, how we call it at MET. People consume local products, so they don’t have to move and create pollution and are enforcing the local economy.

How do you see the future of these villages?

More accurate, how I wish they will look…I had this dream with Viscri in the 90’s and everyone was telling me I was crazy but now it’s reality and the community members have a better life. I think that the villages in Transylvania will become a trademark for Romania. They will be very attractive places for young families. I already see this trend. And there will be a new community, which I hope will coexist with the old one. That’s what we are trying to do through this informal Parliament. This is MET mission, to empower these “old” locals to see that they can be part of this development, to guide it and benefit from it.

What drives you personally to keep on doing this work?

This is my life’s mission. I love people and I am happy when I see a family who can live better. Actually, that’s what motivates me, to see that the impact of our work at MET is beneficial for the community, for the parents who can afford to send their children to school in order to have a better future. That’s it. To see people living a better life and then I live better.

Elena Cautiș studied History and Cultural Heritage at the University of Bucharest and the University of Perugia. She believes that cultural heritage preservation is essential for achieving sustainable development and creating a trully equitable society.  Currently, she’s one of the European Heritage Youth Ambassadors, while also doing volunteer work at Mihai Eminescu Trust and preparing for the admission into a PhD programme related to her beliefs. 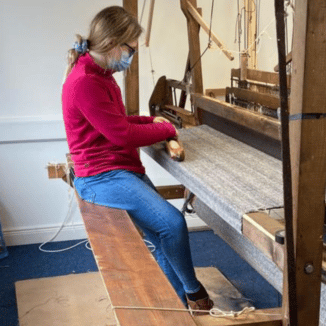 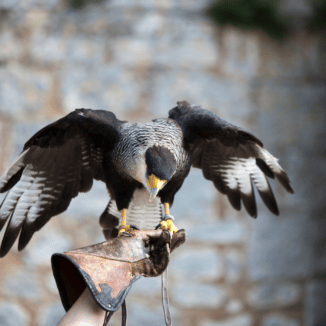 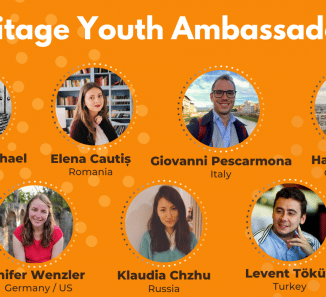