At least four excavation sites in the region of Alentejo were vandalised. 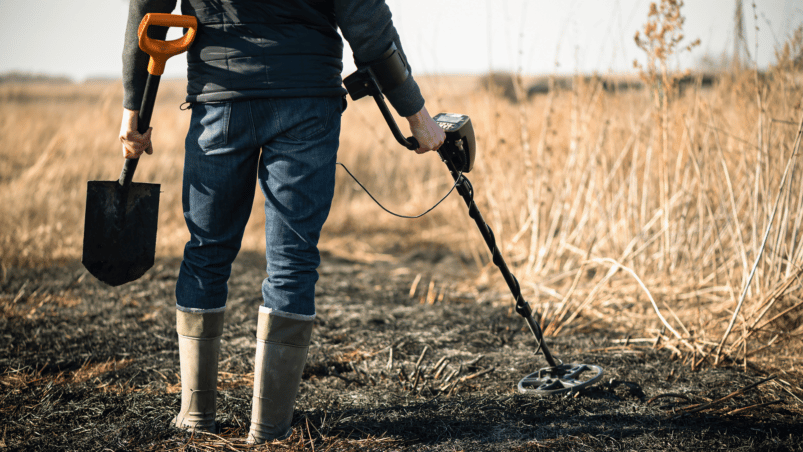 Archaeologists in Portugal are frustrated after the recent acts of vandalism on excavation sites. In March, a group armed with metal detectors broke into the Castle of Noudar twice during the night. Other archaeological sites in the southern region of Alentejo were already paid a “visit” in the weeks prior.

The unexpected guests at Castle Noudar drilled at least 50 holes in search of artefacts. It is unknown if they took something from the site, Portuguese newspaper Público reported. What is certain, is that the archaeological context is seriously damaged. The national guard of Portugal (GNR) and the Regional Directorate of Culture of Alentejo (DRCAlentejo) are now researching the case.

According to regional director Ana Paula Amendoeira the GNR is well equipped to track down the misuse of metal detectors. “The use of metal detectors in the search for objects and artefacts relevant to history, art, numismatics or archaeology is prohibited.” However, the attacks on heritage continue because of “the inactivity of the authorities, which encourages detectorists”, criticizes Regis Barbosa, president of the Union of Archeology Workers (STARQ). Text continues below video

He explained that across Portugal archaeological sites are being vandalized by amateurs and professionals who use metal detectors to find artefacts. Sometimes these end up being sold on websites and online auctions. The problem is that “we only discover them after the crime has taken place”, stressed Barbosa.

The union leader called on the government’s general directorate on archaeological heritage (DGPC) to improve the protection of excavation sites since heritage assets “are for everyone and not just for those who find them.” The directorate is also responsible for handing out licenses for metal detectors. In a reaction, the DGPC stated “to be aware of the situation which is being monitored by DRCAlentejo.”

Right side of the law

“Metal detectors are a destructive pest for our country’s heritage. It’s like ripping pages out of a book without reading it”, said Luís Raposo, archaeologist and president ICOM Europe. While he contributed to the draft of the current heritage law – which regulates the use of metal detectors – Raposo believes regulations must be improved: “more intense supervision, exemplary punishment for offenders and smarter legislation.” For example, compensating those who discover artefacts could also be a way to “attract them to the side of the law and isolate traffickers.”

Furthermore, Raposo suggested that municipalities draw up archaeological maps. This way they could prevent heritage assets from being damaged or disappearing through international trafficking networks. However, since Portugal’s mainland alone counts more than 37.000 archaeological sites, it is impossible to put all these sites under surveillance. Given the recent activity of detectorists, Raposo fears that more archaeological heritage has been lost “in recent decades than in all previous centuries.”

This news was brought to our attention by European Youth Heritage Ambassador Tiago Candeias.