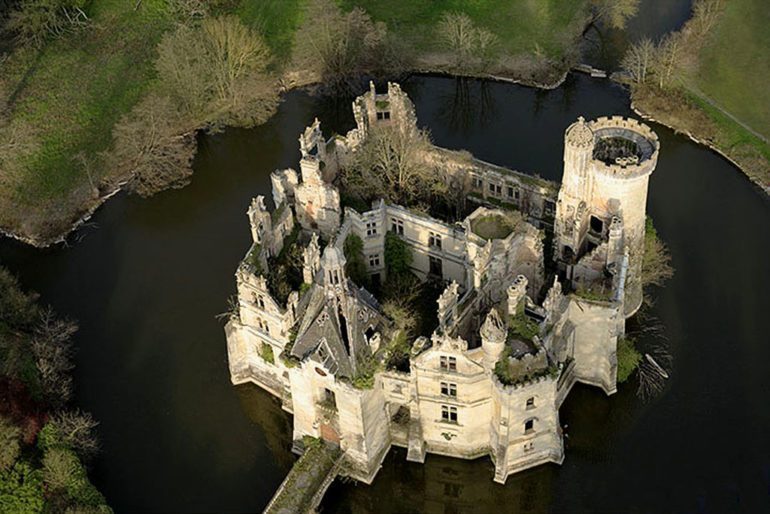 The crowdfunding launched in 2017 raised € 1,6 million from 25,000 participants in 115 countries. The money allows restoration of the castle.

Built in the 13th century, Mothe Chandeniers was captured by English invaders in the Middle Ages. In 1654, Marquis Francois II transformed it into a lavish home with gardens and parks. Paris entrepreneur Francois Hennecart took it over in 1809 and restored it, and Baron Edgard Lejeune and his wife Marie Ardoin later transformed it into a neo-gothic structure. But in 1932, fire destroyed the interior and the roof. Since then, the chateau has stood abandoned with trees growing inside it.