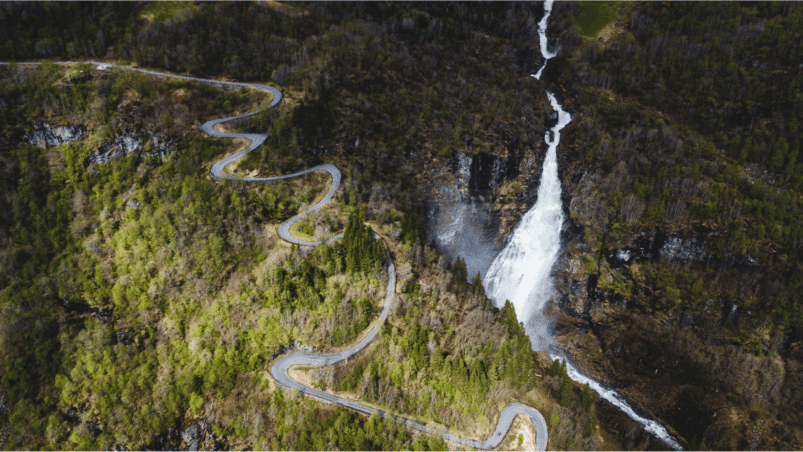 Bad news for tourists who plan to travel over the Stalheimskleiva. Norwegian officials decided to close the 170-year-old mountain route for all vehicles. Tourists primarily used the steep road to travel from the Nærøy valley to Voss, but the heavy traffic was too much for the trail.

Last summer, the scenic mountain route underwent reparations after a landslide, Forbes reported. Therefore the Norwegian authorities already put a temporary ban on heavy vehicles, they stated in a press release. However, restoration possibilities are limited as the road is part of a heritage area, the Unesco listed Nærøyfjord.

The closure of the mountain way means that tour operators lose an exciting part of their route. Fjord Tours CEO Kristian Jørgensen admitted that tourists would stay away because of the ban, but safety “must come first”, Norse news platform NRK reported. The road’s closure does not cut off the connection between the Nærøyfjord and Voss, as non-tourist traffic already uses a tunnelled highway.

A second alternative could be using electric-powered buggies to transport tourists. The vehicles are very light and are already in use at similar fjord routes. Jørgensen said to be excited to explore the possibilities to experience the road “in a different, intriguing way.” You can already experience one of Norway’s most curious roads by watching the video below.

Read more about tourism or check out one of the tags below: