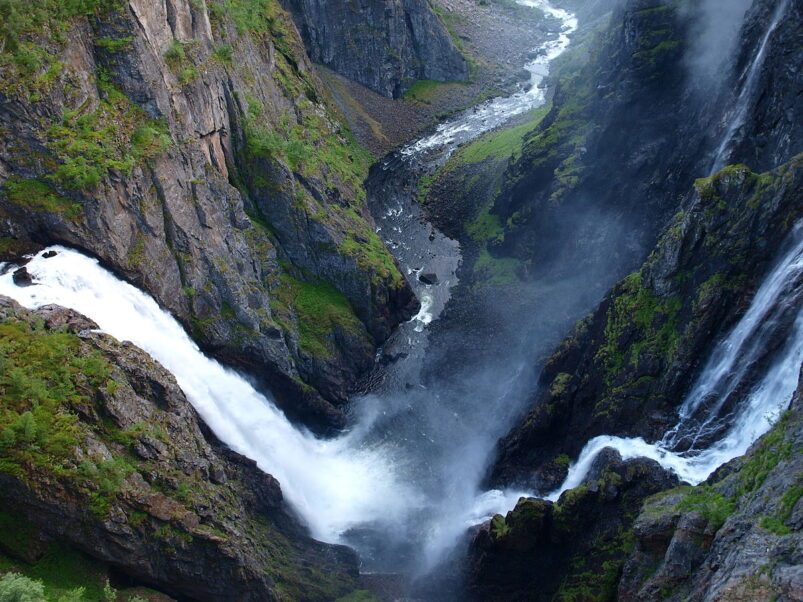 “The construction needs to be safe and solid; the bridge needs to connect with the old, historic road and the landscape; and of course emphasize the views and experiences.” says its designer Carl-Viggo Hølmebakk. This bridge has been built over perhaps one of the most well-known waterfall in Norway.

The footbridge crosses the canyon 50m above the Vøringsfossen waterfall, one of the most visited natural attractions in Norway. Situated near Eifjord, the recently-opened bridge has 99 steps and a range of 47 meters, and it has been over a decade in the making.

It is part of a larger project around the area, which will eventually include an accessible footpath and café. The first phase of the project was completed in 2018 and included viewpoints, paths, a parking lot and service facilities near the Fossli Hotel, which is located at the top of the waterfall. By 2021, new viewpoints and paths will be added.

The bridge was opened by the Norwegian Public Roads Administration as a new Norwegian Scenic Routes attraction.

Find out more on the waterfall at Visit Norway. Sourced from Lonely Planet.