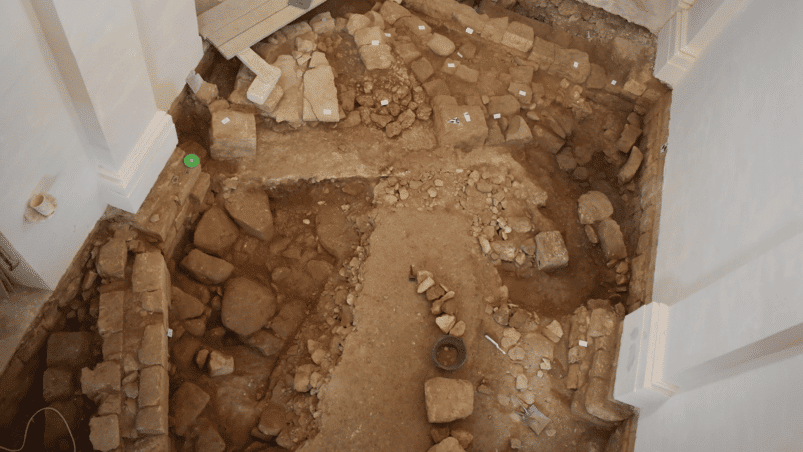 What else lies beneath the floor of this Maltese church? Image: Superintendence of Cultural Heritage
Malta

In Malta, a team of archaeologists discovered a Medieval chapel beneath the floors of a 17th-century church. As the team removed the floor tiles of the Madonna Tal-Ħniena (Our Lady of Mercy) in Qrendi, they discovered walls of an older and smaller structure from before 1500. Other finds suggested that the site was also used before the Medieval chapel was built.

The remains were found during the first phase of an archaeological study, the Superintendence of Cultural Heritage wrote on their Facebook page. The institute will conduct the follow-up investigations as well, together with the Restoration Directorate, according to the Malta Independent. This will take place in the upcoming months. (Text continues below slideshow)

The church stands nearby the Neolithic temples of Ħaġar Qim and Mnajdra. These places are considered to be one of the oldest sacred sites in the world. These monuments date to the 4th century BCE and proof that humans have lived in the area since ancient times. To learn more about the temples nearby Qrendi, you can check out the video at the end of the article.

Whether the site of the Madonna Tal-Ħniena was also a sacred place remains to be seen. Further investigation will focus on accurately dating the finds, Art News wrote. Archaeologists hope to determine whether a third structure, possibly the oldest of the three, lies beneath the Medieval chapel and what it was.