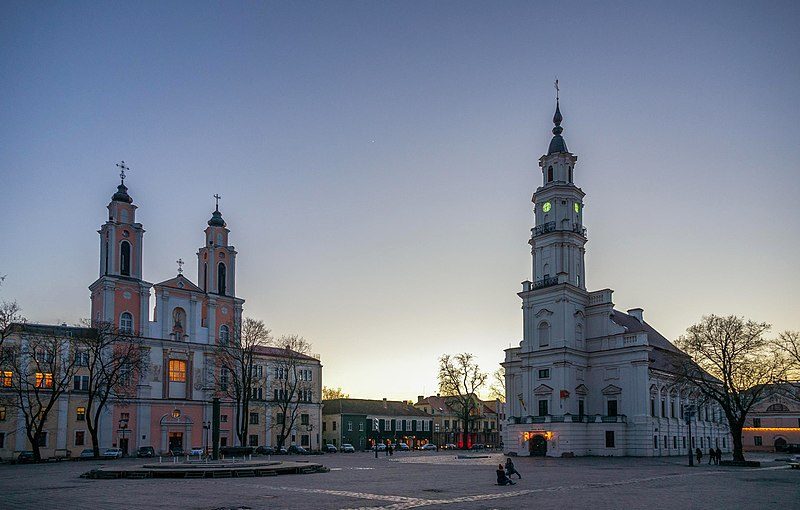 The Town Hall Square is the oldest surviving part of the Kaunas Old Town. The aim of the project would be to open up space around the square and recreate the effect of being ‘unlimited’.

The square was formed as a result of the city expansion between the castle on the embankment of Neris River and the port on the Nemunas River. The main highlights of the square are Kaunas Town Hall building and Maironis Monument, dedicated to the Kaunas priest, poet and proponent of the Lithuanian national identity Jonas Mačiulis (1862–1932). The present form of the square was achieved by the 1972 project by the architect, D. Juchnevičiūtė.

At present, the square is crammed. Surrounded by buildings, littered on and has old worn-out benches and unkempt tree edges. Opening it up and extending its boundaries will provide it the sense of monumentality and allow for better use of its spaces say SOMA Architects. The project is based on the plan before the roads surrounded the Square. Banning motorised traffic around the square will allow restaurants and cafe more space in the Square and make the place a more peaceful public space. The decision to ban traffic enterring the Square has already been hailed by the citizens.

The Town Hall is the main ascent of the square. Its appearance will be emphasised and it will be renovated to have facilities for the differently-abled. The plans will be presented on the 23rd of November.