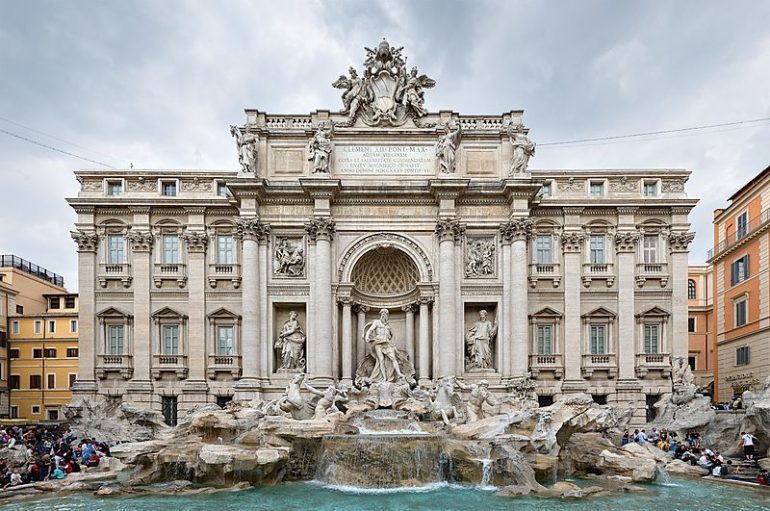 Italy’s capital receives around more than 20 millions of visitors a year, and it’s easy to imagine that almost all of them want to see the famous fountain. Problematic is not only the fact that the fountain faces large numbers of tourists in a small pace, but also the damage they cause to fountain itself (with tourists sitting on it, for example).

One of the main features of the proposal is building a protective barrier around the fountain so that tourists won’t be able to sit on the marble or jump into the water (both of which are already forbidden but still happen more often than not). There will also be a maximum number of people allowed inside the Piazza at the same time, which will be regulated by one or two policemen stationed at each of the five streets leading into the Piazza.