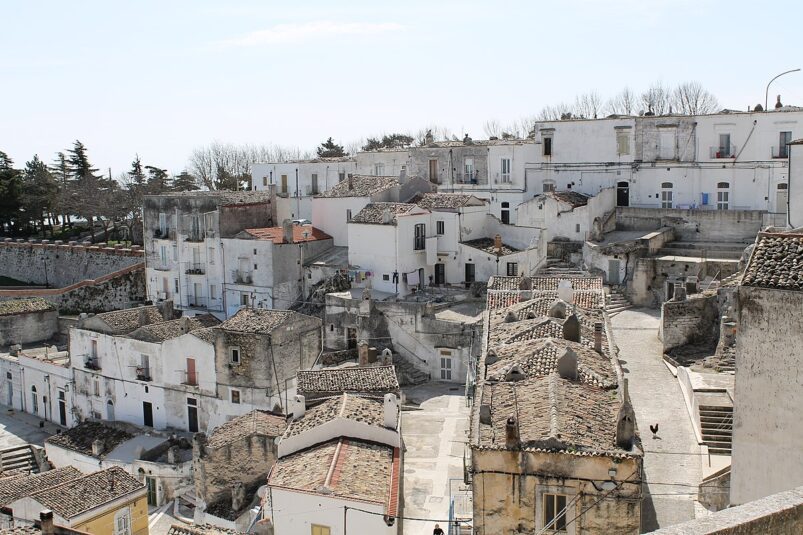 I Borghi più belli d’Italia was created to protect and promote the rich tapestry of the beautiful villages in Italy. This goes to show that there is much more to the beauty of the country than Rome and Naples.

Towns with a small population (up to 15,000 people) can apply to be certified and registered by the organisation. Then they are obliged to follow a lengthy process artistic, historic and cultural heritage in addition to local traditions and commitment to sustainability and development of infrastructure. Four new towns were added to this exclusive club last month.

The list is as follows: Tropea, Monte Sant’Angelo, Bassano in Teverina and Monteleone d’Orvieto.

Tropea is called “the pearl of the Tyrrhenian Sea.” It is located in Calabria, a famous seaside region and is known for its scenic natural beauty. The associated noted that due to its strategic position, it had an important role in the Roman Empire, and during the conquest by Normans, Saracens and Aragonese.

Situated in Lazio in the Tiber River Valley is Bassano in Teverina, its namesake. The town has been populated since the time of the Etruscans. The association website talks of the peculiar story of a clock tower which encapsulates the clock tower of the adjacent church of Santa Maria dei Lumi. Both the structures are preserved in the same state today.

Nestled in the green heart of Italy, Monteleone d’Orvieto in Umbria is called “an island of red bricks in a sea of green”. The town is surrounded with greenery, a view that can be enjoyed from roof terraces.