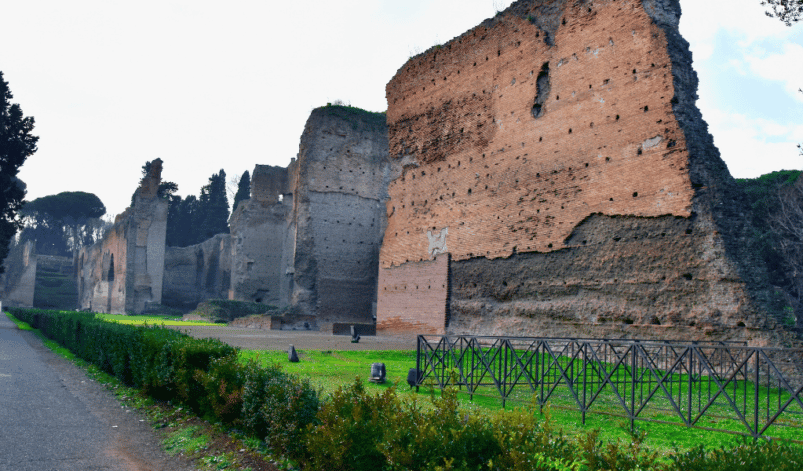 Ruins of the Baths of Caracalla, Rome
Italy

McDonald’s is blocked from building a drive-thru at Rome’s ancient Baths of Caracalla. The state council upheld a previous ruling preventing the fast-food chain from opening at the popular heritage site: ‘No’ to McDonald’s drive-tru next to famous Roman monument.

Italy’s highest administrative court has barred McDonald’s from building a big drive-thru with a parking lot close to the third-century Baths of Caracalla, one of Rome’s most famous ancient sites.

Published on December 28, the council of state’s ruling upheld the verdict of a lower court, preventing the fast-food chain from using a tract of land adjacent to the baths to open a drive-thru restaurant and parking area.

According to its ruling, the court made its decision based on the “importance of protecting cultural heritage.” “The area in which the property is located – write the judges – is included in the historic centre, protected as a Unesco site, for which the technical implementation rules expressly provide for the mandatory nature of the landscape authorization procedure”.

McDonald’s had already begun construction of the drive-thru near the historic baths, after a positive evaluation by the ministry of culture and the municipal council, which approved the proposal. Still, the project was halted in 2019 when Rome’s then-mayor, Virginia Raggi, intervened following a media outcry ‘no’ to McDonald’s drive-tru.

The ministry of culture, ‘MiBAC‘, then reversed its position and intervened to halt the project.

The Baths of Caracalla

The Baths were probably built around 212 AC, under the reign of emperor Caracalla’s. Estimations say up to 8000 people made use of the baths every day.

The “baths” included, amongst others, a public library and served as inspiration for many other well-known buildings, including the original Pennsylvania Station in New York City, Chicago Union Station, and the Senate of Canada Building. Among the artefacts recovered from the ruins are famous sculptures such as the Farnese Bull and the Farnese Hercules.
The complex was in use until the 530s, when it fell into disuse and ruin.

Today, the Baths of Caracalla are a tourist attraction. The enormous remains may still be seen, together with fragments of magnificent mosaics. During summer, the ruins are utilized as a background to present beautiful Italian operas in the open air.

Another McDonald’s construction at Florence’s Piazza del Duomo was halted by the city’s mayor, Dario Nardella, in 2016. According to The Times, Nardella said that ‘he did not want a fast-food chain at the birthplace of the Italian Renaissance.

According to La Repubblica, Dario Baroni, the new CEO of the McDonald’s group in Italy, said that the company intends to establish 200 new restaurants in Italy by 2025.