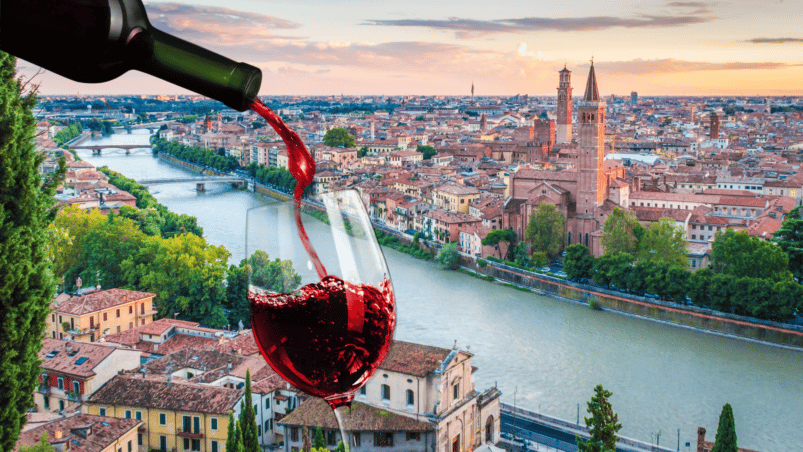 Earlier this month it was announced that the Italian city of Verona will develop a wine museum, the Museo del Vino (MuVin), with support from the Italian Ministry of Tourism and various Italian tourism agencies. As Verona is already hosting Vinitaly, one of the world’s best known annual wine fairs, a museum for wine seems to be an excellent fit. But given Italy’s problems with mass tourism, the MuVin project could also create problems for Verona and its wine heritage.

“I was in Edinburgh, Scotland, years ago, and there I had the opportunity to visit the popular Scotch Whisky Experience”, said Enrico Corsi of the Veneto Regional Council, who promoted and developed the idea behind the project, to wine news platform Decanter. “I wondered why something similar could not be done with wine in Italy. I realised that we did not have anything comparable in our country, apart from a bunch of smaller private initiatives.”

Minister of Tourism Massimo Garavaglia was pleased with the promotion of the popular Italian drink. “The real innovation here is that, with the MuVin, Verona will become a hub for the whole country and in particular for the Italian wine tourism sector. This project has the capacity to go far, and we’re 100% behind it”, Italian food news platform Foodtop reported.

After developing the idea, MuVin is now an ambitious €50 million project that features a museum, visitor and exhibition centre located in Verona’s Gallerie Mercatali. The venue sits opposite the city’s exhibition area, which hosts a number of popular shows all year-round, including Vinitaly itself. MuVin will also feature an ‘experiential path’ that will show visitors the history of wine, viticulture, wine production, the impact of climate change on wine production, and wine and food pairing.

The museum wants to offer educational activities as well, with wine lovers welcomed to learn wine-tasting techniques as well as to conduct virtual visits to wineries and UNESCO heritage vineyards in augmented reality rooms. According to Corsi, the project should be finished in four years. “We expect MuVin to be ready by 2026, when Northern Italy will host the next Winter Olympics.”

This will be Italy’s largest museum dedicated to wine, it will be the country’s main hub for wine tourism and will also have an international scope.

“Clearly the museum will rely on the huge number of people who already visit the area, including some 32 million tourists who go to Lake Garda every year, as well as 3.8 million who visit Verona, plus everything else happening in the region,” explained Corsi. “Needless to say, Verona’s numerous exhibitions will benefit us with additional visitors too. This will be Italy’s largest museum dedicated to wine, it will be the country’s main hub for wine tourism and will also have an international scope.”

But with accomodating huge numbers of visitors also come potentially big problems for a city like Verona. As Italy has been struggling with the effects of mass tourism for some time, cities such as Venice have now started a pilot to demand entrance fees to combat overtourism.

A fair number of these types of ‘drinking heritage’ museums and experiences are successful, which can be a blessing and a curse. Famous examples include the previously mentioned Scotch Whiskey Experience in Edinburgh, the Guinness Storehouse in Dublin, and the Heineken Experience in Amsterdam. Some have less focus on the history and heritage of their brews. They have become outright expensive tourist traps or their cities have been flooded with tourists.

Nonetheless, Verona and wine have a strong historical connection. Vincenzo Tiné, superintendent of the Fine Arts of Verona, was eager to see the museum created. “Wine is the common thread of this city and its environment. I welcome the inclusion of this project in a redesign of this part of the city”, he told Veneto newspaper L’Adige. Those involved in Verona’s MuVin are eager to underline the importance of heritage for the museum and its activities. Whether that is still the case in 2026, remains a mystery for now.

Local museums struggling to bounce back after Covid-19