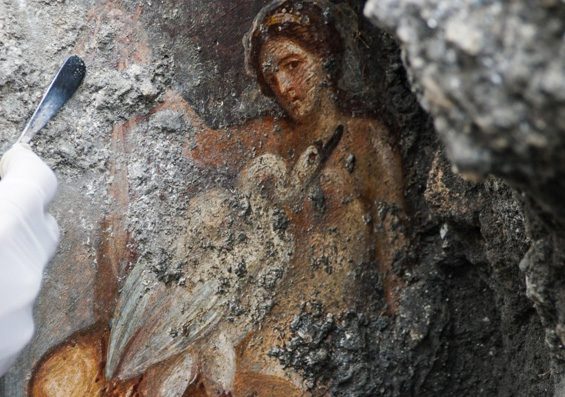 Fresco Leda and the Swan discovered in Pompeii bedroom

Archaeologists have found a new fresco in a room along Via del Vesuvio in Pompeii, during recent excavations. It depicts a female image in a scene of the myth of Leda and the Swan. The room which contains the painting is located next to the entrance corridor, where the fresco of Priapus similar to that of the nearby House of the Vettii was found.

The myth tells the story of the Roman god Jupiter who impregnated a legendary queen disguised as a swan and was a fairly common home decoration theme in Pompeii.