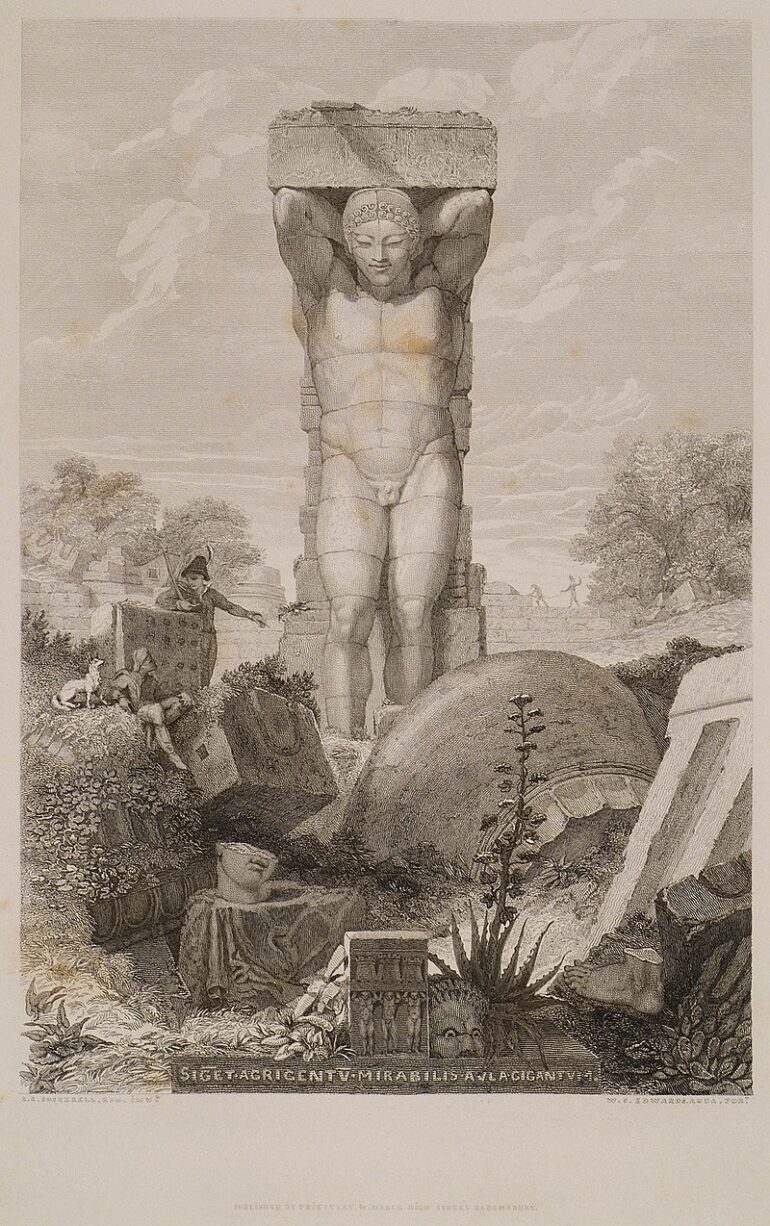 In Greek mythology, Atlas was a Titan or god forced to bear the sky on his shoulders after being defeated by Zeus. Zeus was one of the next generation of gods called Olympians. The 5th century Atlas statue was one of 40 other statues adorning the temple. The ancient building was considered the largest Doric temple ever built, even if it was never completed and now lies in ruins.

“The re-instalment of the statue of Atlas is the culmination of a more comprehensive restoration [of the temple],” says Roberto Sciarratta, director of Sicily‘s archaeological park. The architects and archaeologists are working to install the statue on the the occasion of the founding of the ancient city of Akragas (now Agrigento) 2,600 years ago.

Agrigento was one of the most populous centres in the Ancient Greek Golden Age. The region holds seven well-preserved Greek temples. In the 5th century, more than 100,000 people lived there. According to the philosopher Empedocles, they would “party as if they’ll die tomorrow, and build as if they will live forever”.

The city was destroyed in 406 B.C. by the Carthaginians. Its prosperity did not return until the rise of Timoleon in the late third century BC. The Romans took over the control from the Carthaginians in 210 B.C. They renamed the city Agrigentum (subsequently known as Girgenti). Girgenti underwent a period of monumental urban redevelopment with new public buildings, including at least two temples.

Outside the temple, huge statues of Atlas were frozen in the act of supporting the temple. “The idea is to reposition one of these Atlases in front of the temple,” says Sciarratta, “so that it may serve as a guardian of the structure dedicated to the father of the gods.”