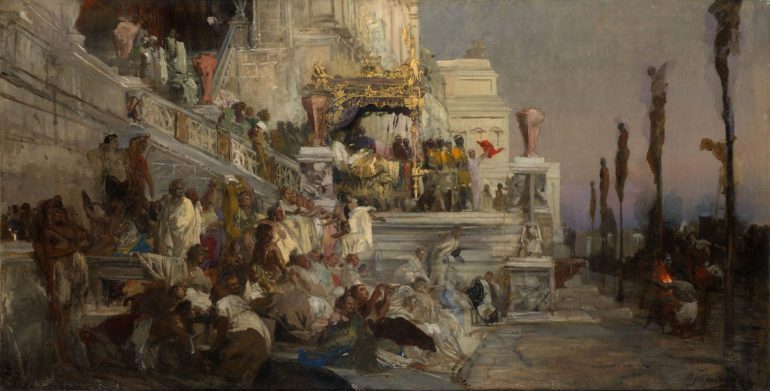 'Study for the Torches of Nero' ,with Nero's Domus Aurea in the background Image: Siemiradzki (wikimedia)
Italy

A highly decorated room was discovered late last year at Emperor Nero’s Domus Aurea or ‘Golden Palace’ in Rome. The room had not been seen or entered for around 2.000 years. The space is decorated with frescoes of panthers, centaurs and a sphinx. For this reason it has been dubbed la Sala della Sfinge, or the Room of the Sphinx.

Archaeologists only announced the discovery of the room recently to take time to study the finds. The room’s frescoes are numerous and in good shape.

Domus Aurea
The Domus Aurea was a vast palace built by the Emperor Nero in the heart of ancient Rome. Soon after his death, the palace and grounds, encompassing were filled with earth and built over. It was rediscovered in the 15th century, after which the found frescoes were a big inspiration to Renaissance artists such as Raphael.