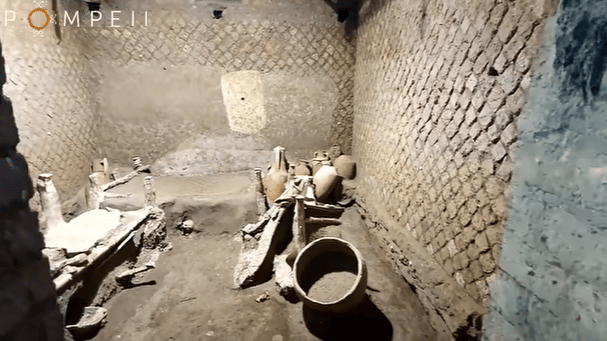 The slaves’ room has been discovered in a villa in Civita Giuliana, a suburb of Pompeii. Three wooden beds and eight amphorae, vessels used for storage, were among the objects found.

In a press release, Gabriel Zuchtriegel, director of the Pompeii Archaeological Park, said: “This is a window into the precarious reality of people who seldom appear in historical sources, that were written almost exclusively by men belonging to the elite.”

Read the press release (in English) here. And take a look at the slaves’ room in the video (in Italian) below.