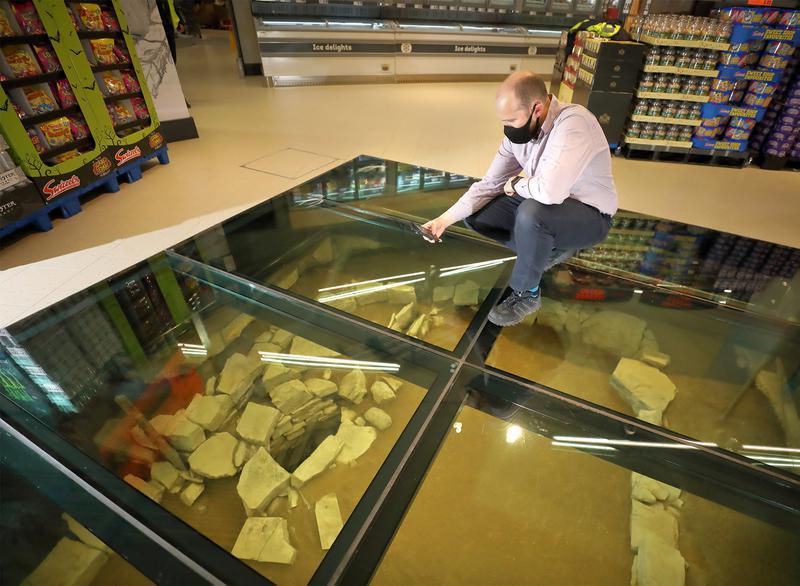 Shoppers at a new Lidl store in Dublin will be able to visit the remains of a 11th-century house under a glass section of the floor.

The sunken-floored structure was discovered during excavations of the site, close to Dublin Castle at Aungier Street in the city centre. “It is a domestic structure so you would have to imagine that there would have been a suburb here of Hiberno-Norse Dubliners who were effectively the ancestors of the Vikings,” says Paul Duffy from IAC Archaeology.

“Lidl has over 10,000 stores throughout the world. But this is something very unique and it really makes archaeology accessible to the public,” said Vincent Cronnolly from Lidl Ireland. The foundations of the medieval parish church of St. Peter, which served Dublin parishioners from c.1050 to c.1650, are also preserved beneath the working areas of the new building.

“Hopefully this project sets a new benchmark for the treatment of archaeological heritage in the city. There has been a very collaborative approach from all sides. “It’s going to have its own Dublin nickname like the ‘stiletto in the ghetto’ for The Spire. But it’s going to be part of city life and the story of Dublin.”

Could Blueways start a new wave in sustainable tourism?