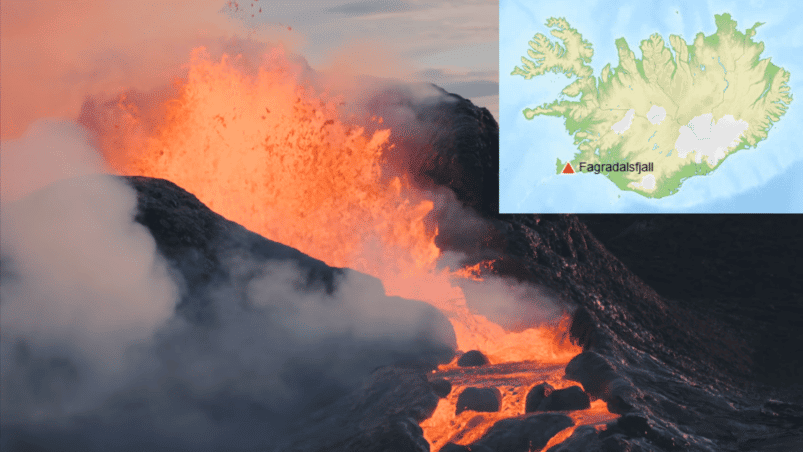 Archaeologists from the Cultural Heritage Agency of Iceland are working on mapping ancient monuments near an erupting volcano. The eruption of the Fagradalsfjall volcano, some 40 kilometres from Reykjavík, started in February 2021 and has caused a lava flood. Experts estimate that nearly 240 monuments not yet submerged in lava have already been mapped.

The land threatened by the lava flow holds many ancient artefacts that might be damaged or destroyed, even though most of them are underground, tourist blog The Rekjavík Grapevine reported. After the start of the first earthquakes in February, archaeologists started mapping the region. “We went to see the area affected by the earthquake. It was unclear where the magma would rise, so we registered relics in the area and collected data”, archaeologist Oddgeir Isaksen explained to Icelandic news agency RÚV.

Isaksen believes it is important to figure what is hidden below the surface, even though the lava flow might reach it. “There were some registrations done before, but the data was not very accessible. So we started this”, he stated. The team presumes that some relics date from the Icelandic settlement period, around 900 AD. However, the oldest ones have probably been lost to the sea because of the many landslides in the area.

“Registration is the simplest form of protection, but the work is a race against both time and lava”, Isaksen admitted. The archaeologists are now concentrating on mapping the land of the nearby town of Grindavík and its surroundings. When they are done, the team plans to chart the entire Reykjanes Peninsula. To learn more about the history of the Fagradalsfjall, check out the video below.