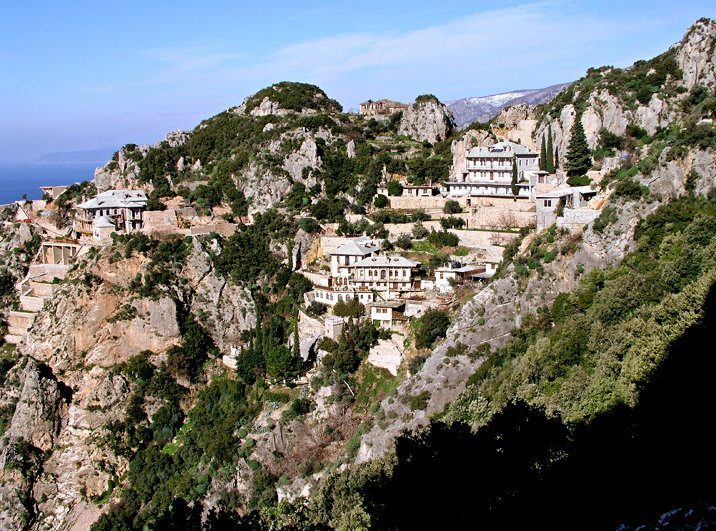 Mount Athos, a peninsula in northeastern Greece, is home to many Orthodox monasteries. In turn, these monasteries have large collections of historical objects. Over two million of these objects – mostly documents, books and manuscripts – can now be viewed online by everyone who’s interested.

The project is called the ‘Mount Athos Repository’ and took four years to complete. The digitalisation of all the objects was an enormous task, and reportedly the largest digital culture project in Greece. The digitalised objects include manuscripts, incunabula (books printed before 1501) and pictures of sculptures, icons and relics. The oldest object comes from the third century BC while the newest comes from 2018, so there’s an incredible timespan to explore. What makes this digital collection extra special is that access to Mount Athos is very limited; no woman is allowed and men must have a special permit.

Mount Athos has been listed as a UNESCO World Heritage site since 1988. It’s housed monasteries since at least 800 AD; its current oldest monastery dates from the 10th century. The peninsula, while belonging to the EU along with the rest of Greece, is governed by the autonomous Monastic Republic of Mount Athos.

The Mount Athos Repository has been created with support from the Competitiveness, Entrepreneurship and Innovation Operational Program from the EU. You can visit the repository at mountathos.org; the site is currently available in English and Greek.

To read more about digital heritage, click here or check out the tags below:

Greece opens up diving at 91 historic shipwreck sites to tourists

Hauser & Wirth Institute gives over $300,000 in grants for digital archiving