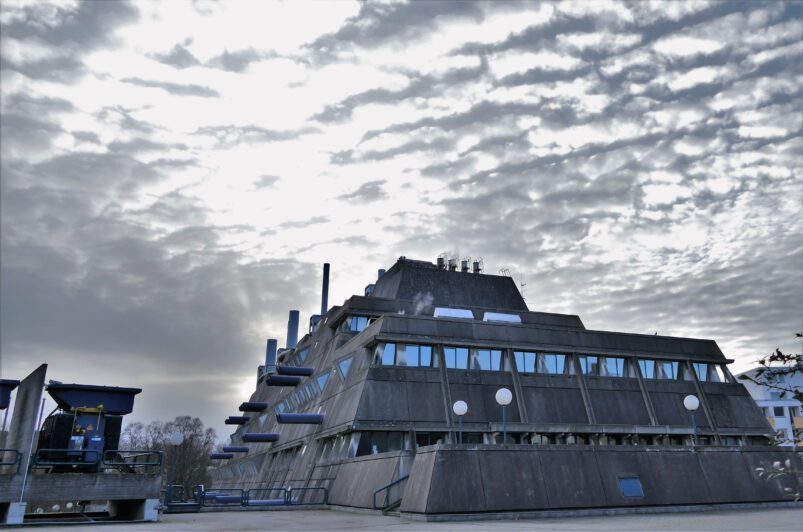 History has not been very kind towards the Brutalist architectural style; its large, angular buildings are often criticised for attracting water damage or for looking intimidating. However, for some people these buildings are important cultural landmarks that deserve to be preserved.

This is the case for the ‘Mouse bunker’ (Mäusebunker) in Berlin. This building, completed in 1981, used to be the university hospital’s ‘Centre for Experimental Medicine’ where animal tests were conducted. The university hospital, the Charité, now wants to tear down the ‘bunker’ and another Brutalist laboratorium to make room for new buildings.

This has led a group of Berlin residents to start a petition to save the buildings. It has been reasonably successful: the petition got thousands of signatures and the demolition has been postponed until at least autumn 2021. We’ll have to wait and see what happens next, but until then it is interesting to read up on Brutalist architecture and why people can either love or hate it.

The practical complications of Brutalism’s exposed concrete – water damage and lichen – are a good reason for the university to want new buildings. Many people don’t like looking at the buildings, and the changing of architectural trends is a natural process. However, many people have come to appreciate the style as an important part of architectural history. Brutalism was at its start in the 1950s meant to be egalitarian and modern because of its cheap materials. It has its own story, which people want to preserve. The Mouse bunker isn’t the first Brutalist building that people have tried to save: there’s a whole platform dedicated to this cause, called SOSBrutalism.

The demolition or preservation of Brutalist buildings is an interesting topic for discussion. Should we keep buildings that are no longer seen as desirable because of their historical significance?

To read more about buildings, click here or check out one of the tags below: