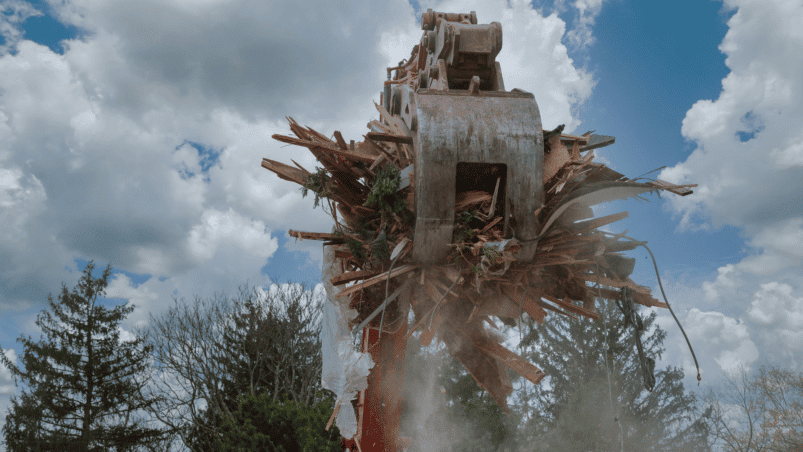 A new Westphalia law might put the economic interests of monument owners above the interests of the general public. This could lead to mear demolitions of heritage, DSD fears. Image: valentynsemenov/Canva

In Germany, a new monument protection law has received a ton of critique from heritage professionals. The draft aims to weaken the role expert organisations have in protecting monuments in the State of North-Rhine Westphalia. For the first time in their history, the German Foundation for Monument Protection (DSD) has launched its own petition to stop the draft law from being adopted.

The legislation proposed by Culture minister Ina Scharrenberg wants to shorten the process of protecting a monumental structure. In practice, this will mean that local authorities and monument owners will decide about the fate of monuments instead of regional expert monument organisations. “Our small and therefore precious collection of monuments is at risk due to profit-oriented interests”, the DSD wrote in their petition. “Many parts of the law are unclear and allow arbitrary interpretations in practical implementation.”

After several protests from preservation experts, the draft law was changed by minister Scharrenberg. Now, conversation authorities will have to right to suggest which structures should be placed under protection. “That sounds good at first, but in the end, their decision is non-binding”, Westphalia’s state curator Holger Mertens pointed out to regional newspaper Westfalenspiegel. “Only by creating the right to apply, a municipality can be obliged to deal with a possible monument.”

Another point of critique is creating a committee that will advise locals politics on what to do with potential monuments. The so-called “Landschaftsverbanden”, two regional government unions in Westphalia, and church organisations are offered a seat at the council, regional press agency Wochenblatt für Landwirtschaft und Landleben reported.

However, Mertens wonders whether such a council would be appropriate. “This would give churches the control to discuss the protection of monuments in their possession”, he explained. A seat at the panel would give the clergy a privileged position in comparison to other monument owners.

Mertens thinks the real issue has been overlooked so far. “The ministry states that a shortening of the administrative processes is the goal of this law.” The draft legislation says that expert monument organisations can only get involved in a proceeding to advise whether a building should become protected. Otherwise, local authorities and monument owners get the final say over protecting, renovating or demolishing a building.

Expert organisations, such as the Landschaftsverbanden and regional monument protection associations, have too little staff to evaluate every individual case in the state of North-Rhine Westphalia. “A survey of around 260 lower monument authorities showed that specialist knowledge is not available in every municipality”, Mertens mentioned.

Whether the state government will adopt the law remains to be seen. At the time of writing, the petition started by DSD has been signed 8500 times. However, for the petition to make an impact, 29.000 signatures are needed. The monument protection association still has some time to gather more support since the state parliament of North-Rhine Westphalia will vote on the law after the summer break. It is still unclear when this will happen exactly, the DSD mentioned in a comment on its own petition.

The state curator is anxious about the law’s consequences for Westphalia’s heritage. “We have to realise what is at stake. In North Rhine-Westphalia, only 1.5% of the buildings are listed, very little in a national comparison”, he explained. “These are cultural assets that – just like a painting in a museum – are unique and cannot be replaced.”