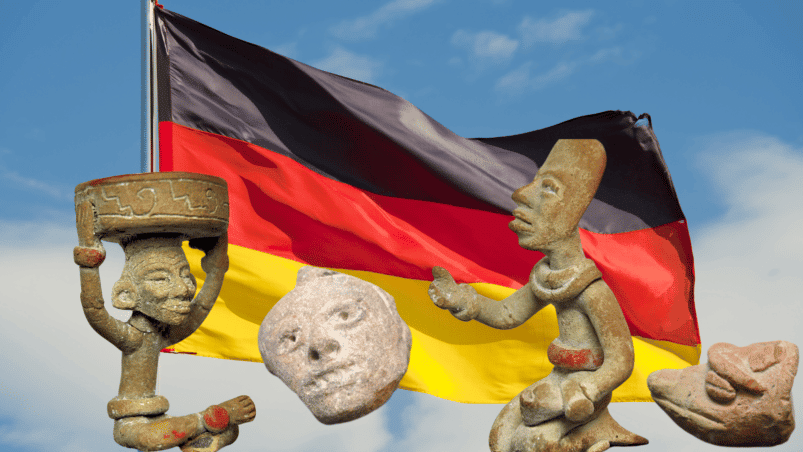 The German state of Saxony-Anhalt wants to return thirteen Maya sculptures to their home region. Experts believe the artefacts came from illegal excavations in Mexico and Guatemala. The clay figures were hidden in the cellar of a German farmhouse for years but were rediscovered recently.

The 1500 years pieces from the Mayan and Teotihuacán cultures are currently kept safe at the Magdeburg State Chancellery, Der Spiegel reported. Saxony-Anhalt Prime Minister Reiner Haseloff wants to hand over the artefacts to diplomats from both countries on the sidelines of the Federal Council meeting on May 28th.

The 13 finds are part of an unusual criminal case, local German newspaper Volksstimme reported. In 2007, a 66-year-old man buried the artefacts together with two of his grandfather’s rifles in a plastic barrel. (Text continues below slideshow)

A few months ago, the man reported himself to the police and described the hiding place in the basement of his former farmhouse. When the officers searched the residence, they found the World War II weapons and the ancient sculptures.

The state of Saxony-Anhalt commissioned an expert to investigate the finds. He confirmed the authenticity of the pieces. Only one figure was, according to his expertise, a copy. The previous owner may have bought the pieces on the black market while in South America.

According to the appraiser, the originals would have brought in a six-figure sum in the event of a sale. But now, the figures will be handed back to Mexico and Guatemala as representatives of the rightful heirs.

Read more about heritage restoration or check out one of the tags below:

Cultural Routes of the Council of Europe 2019