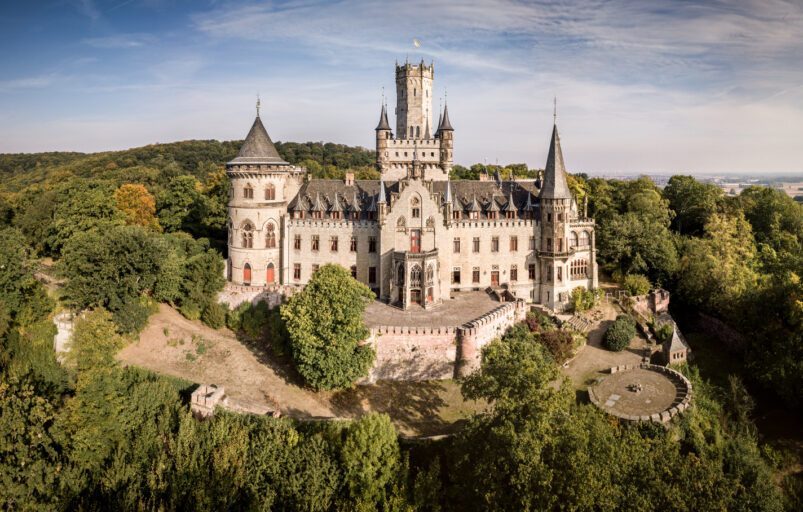 A Hanover prince is suing his son over the sale of a family estate to the German government. The son sold Marienburg castle, the neighbouring Calenburg estate and their contents for the remarkable price of 1 euro.

The Irish Times reported that prince Ernst August junior offered the neo-gothic castle to the state of Lower-Saxony as public property in 2018. However, Ernst August senior, claims that his son went behind his back by selling the estates.

Senior gifted the castle to his son 15 years ago. Now, he wants to revoke the gift by going to court since he believes junior had no right to sell the property. The head of the House of Hanover also believes the artworks and artefacts in the properties are worth at least €5m and should return to the family. Several paintings have been transferred to the Lower Saxony State Museum already.

According to the Daily Mail, Marienburg castle is in dire need of restoration, which could cost the family a whopping €27m. This is probably one of the reasons why junior wanted to sell the 19th century palace in the first place. The Bundestag already voted to contribute €13.6m towards the renovation of the building.

Whether the castle and its paintings will return to the family remains to be seen. ‘All the arguments in this lawsuit have already been refuted in an out-of-court settlement,’ junior told Der Spiegel.

See more of the beautiful Marienburg castle in the video below:

Read more about built heritage or check out one the tags below: