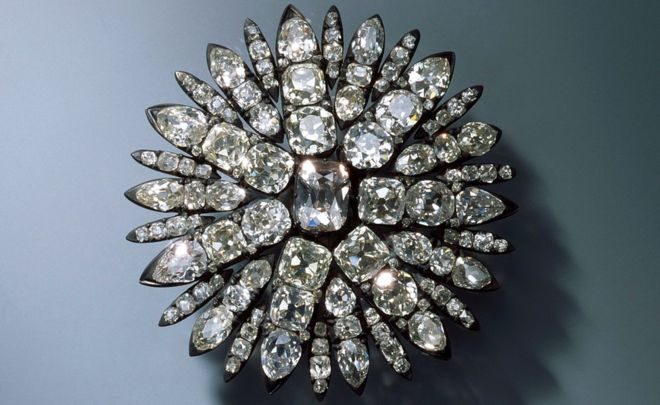 An audacious theft, which has been branded the biggest heist since WWII has shocked the museum world. Taken from the Grünes Gewölbe (the Green Vault) in the Royal Palace of Dresden in Germany, robbers got away with 11 pieces of 18th-century jewellery, including the famous Dresden White. Loot, said to be worth up to a billion Euro.

The Grünes Gewölbe houses one of Europe’s largest collections of treasure and jewelery, including said Dresden White diamond. German Culture minister Monika Grüters has promised to discuss the security of German museums and plans to hold a conference on the topic.

A €500,000 reward has been promised to whoever can give information which could lead to the apprehension of the robbers.

Read more at the Guardian.

See an overview of the stolen pieces of jewelry at the site of the Royal Palace Dresden.