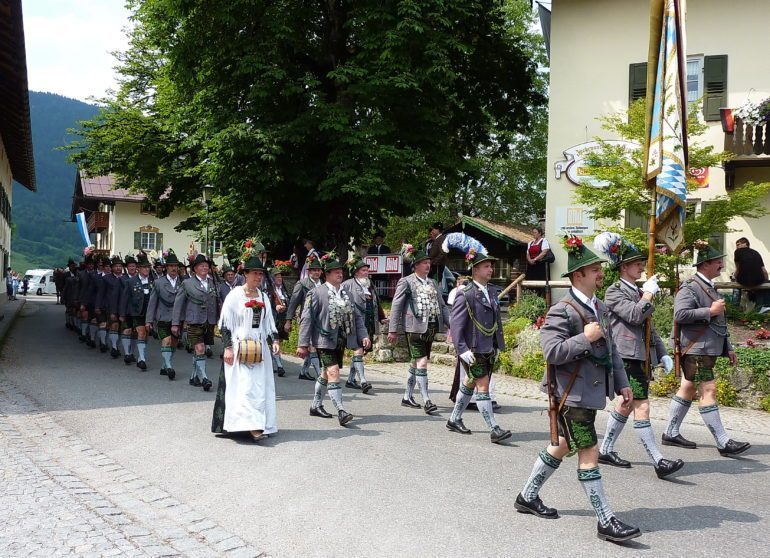 The Bavarian Gebirgsschützen, a traditional company of mountain rangers, aims for recognition with the inclusion on the national list of intangible cultural heritage. The approximate 12,000 members of the 47 companies wear traditional clothing and rifles and describe themselves as guardians of Bavarian folk culture.