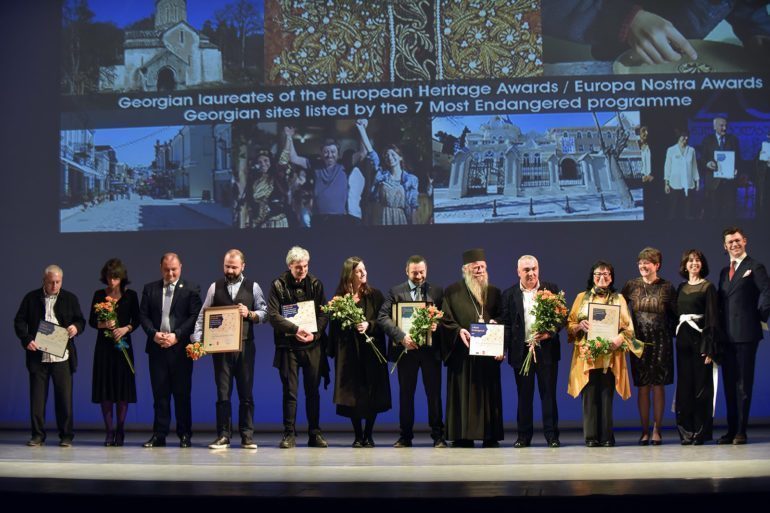 The international conference “David Gareji – Multidisciplinary Study and Development Strategy” was held from the 18 to 20 April in Tbilisi, Georgia with a site visit to two monasteries within the complex: the David Gareji Lavra and Udabno.

The monastery complex of David Gareji, founded in the 6th-century by Saint David Garejeli, one of the thirteen Assyrian fathers, and his disciples, is one of the unique sites of the Georgian Cultural and Natural Heritage. The site is comprised of more than twenty rock-hewn monasteries and several hundred sanctuaries and cave-cells. It is located in Eastern Georgia, on the semi-desert Iori plateau, and partly extends into neighbouring Azerbaijan. The monastery complex is registered as a Monument of National Importance of Georgia. It was submitted to the UNESCO World Heritage Tentative List in 2007, and was listed among the 7 Most Endangered heritage sites in Europe in 2018, a programme run by Europa Nostra and the European Investment Bank Institute as founding partner.

Read the rest of the article at Europa Nostra.