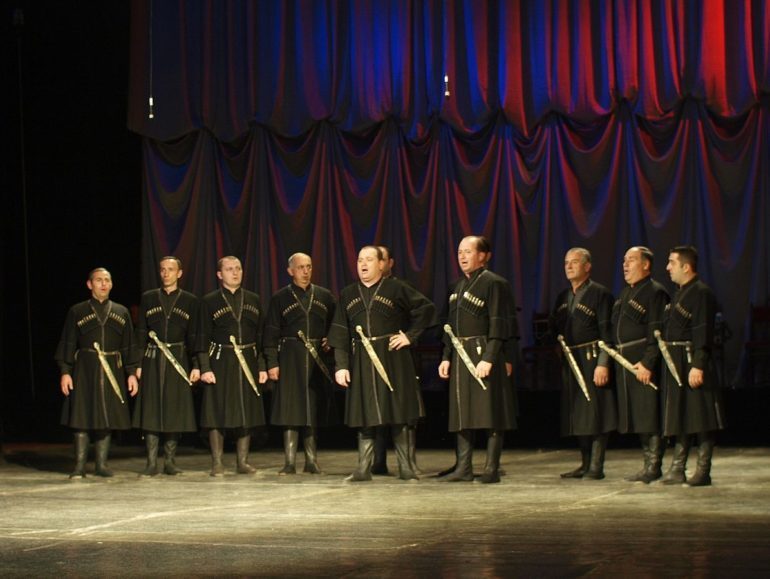 Georgian music tradition of Polyphony given status of ‘National Importance’

The music tradition, recognised by UNESCO in 2001, has always been an integral part of Georgian culture.

It has its origins in the Pagan era, when it was used to express the views on features and vision of the world. It remained relevant in the Christian era as it became a part of both secular life and theological prayer along with folk performances expressing views of the Christian outlook on Georgian life. The contemporary music reflects the changes in public life since the 1980s in Georgian traditional secular and theological polyphony.

This form of music has an aesthetic and artistic function and was declared the status of ‘Intangible Cultural Heritage’ in 2014.

To read more on the tradition, log on to Georgia Today.