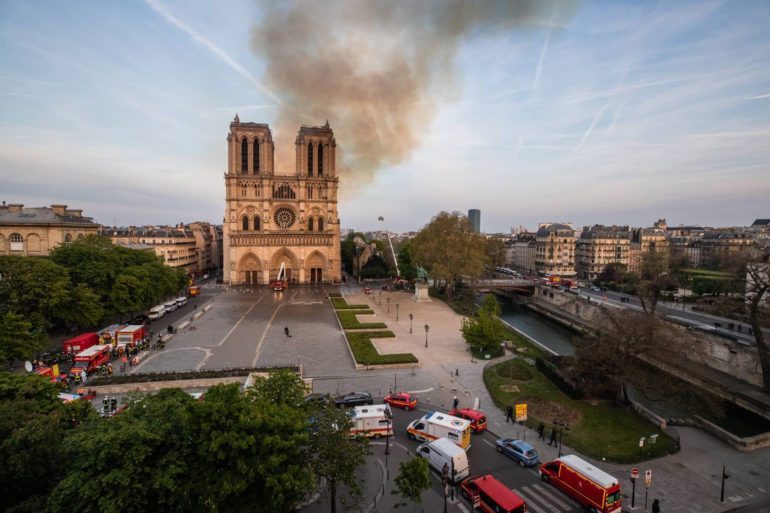 One month after the tragedy of Notre-Dame, the European Commission and Europa Nostra, the leading European network of heritage NGOs, are proud to announce their decision to give a European Heritage Award / Europa Nostra Award to the Paris Fire Brigade, the most elite military corps in the French civil defence and the first emergency service in Europe.

This exceptional Prize is awarded to them in recognition and admiration of their courageous and victorious fight against the flames that devastated Notre-Dame de Paris on the evening of the 15th April 2019. That evening, for 15 hours, the Paris Fire Brigade risked their lives to fight and put an end to the fire that destroyed part of a monument that represents eight centuries of French and European history. Given the extraordinary nature of the actions of the Paris Fire Brigade, the Board of Europa Nostra and the juries of the European Heritage Awards, composed of independent experts, unanimously approved this exceptional distinction, which was awarded outside the formal procedures of the Awards scheme, which is supported by the Creative Europe Programme of the European Union.