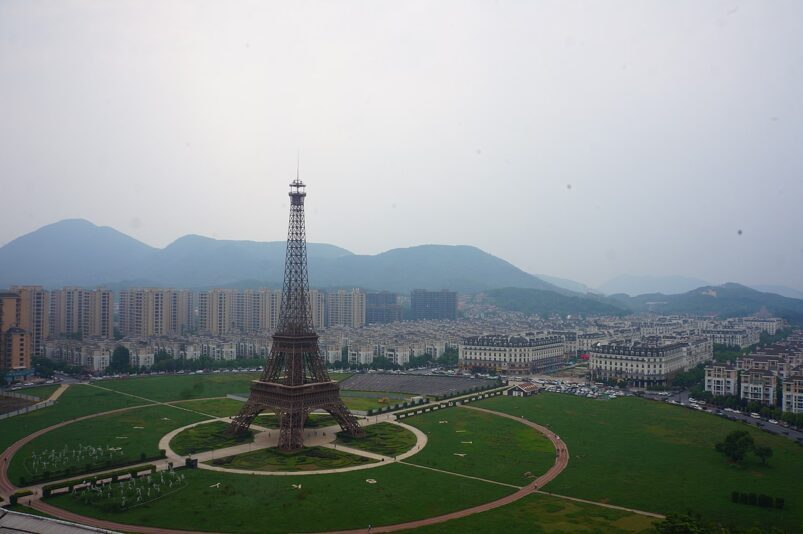 See the most famous French architecture replicated in China

China has long been fascinated with Europe and its culture. This is especially reflected in its practice of replicating buildings from France. A French photographer travelled to Tianducheng in China to document the similarities between the replicas of the Parisian buildings in the city and the original.

This unique project called Paris, China features François Prost documenting the replicas of Parisian architecture in China’s Tianduchen (Sky City) with famous structures such as the Eiffel Tower and the Haussmannian blocks. The most fascinating observation according to Prost is the attention to detail in the replicas. Another aspect he was interested in is observing how people lived in these similar-looking buildings. ” Except for architecture, there is nothing much that connects those two places, and I think it’s an interesting [topic],” says Prost.

Imitation of elements and buildings of Versailles was also captured by François at Tianducheng. The project aims to explore the concept of cultural appropriation by observing the use of cultural references and cliches.