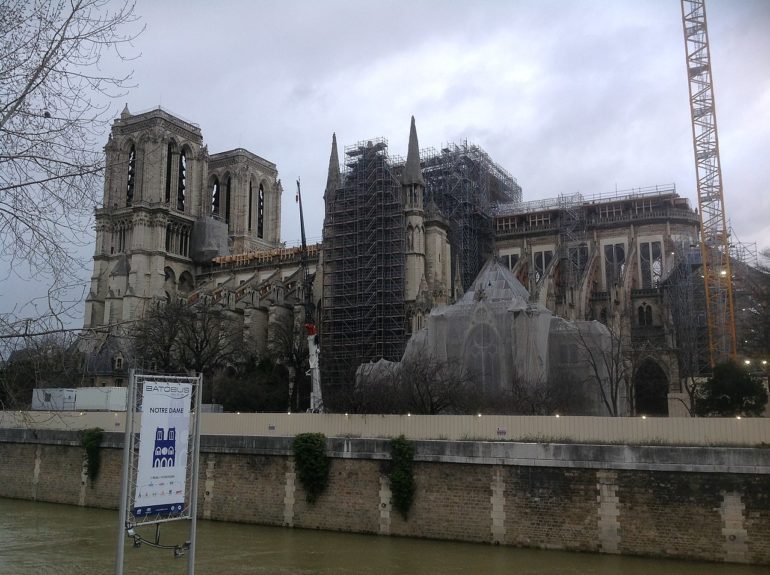 Notre Dame spire to be rebuilt in original form

There is a “large consensus” that the spire of Notre Dame cathedral in Paris should be rebuilt as it was before said the incoming French cultural minister.

Macron had previously favoured “a contemporary touch” to the 13th century monument. He vowed to finish the reconstruction of Notre Dame within the next five years after a major fire destroyed the roof and the spire of the cathedral. His pledge prompted concern among architects, conservationists and academics from around the world, who have called for caution in restoring the badly damaged edifice.

The then prime minister Edouard Philippe sparked a controversy by announcing an international architectural competition for rebuilding the spire and the roof. He also expressed interest in “a new spire adapted to the techniques and the challenges of our era”. The consensus of the general public is however against it: 54 percent of French peoples opine that the Gothic cathedral to be rebuilt as it was before the April fire, with only 25 percent opting for an “architectural initiative”.

Philippe Villeneuve, the cathedral’s architect since 2013, had threatened to resign unless Notre-Dame was rebuilt the way it was. The spire was originally designed by Eugène Viollet-le-Duc in 1859.